EU in gas talks with US, Qatar, Azerbaijan amid standoff with Russia 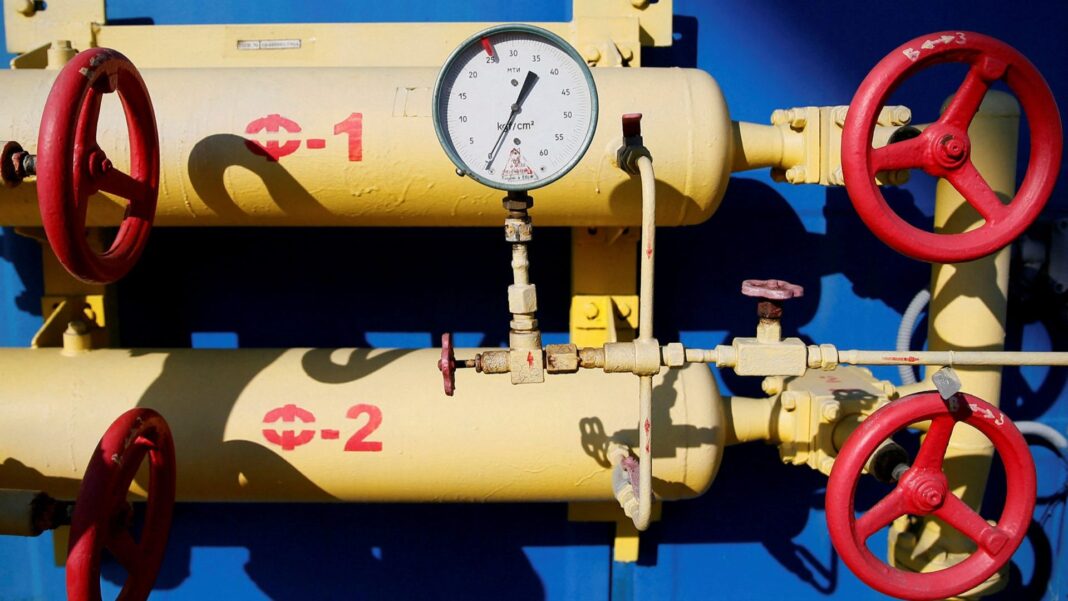 The European Union is negotiating gas supplies with the United States, as well as Qatar, and Azerbaijan, in case Russia decides to cut or stop supplies, High Representative of the EU Foreign Affairs and Security Policy Josep Borrell says.

“We are prepared in case diplomacy fails and we are looking at all options. This includes improving our resilience, including by working with partners like the US, Qatar, and Azerbaijan, on the issue of gas supply in case Russia decides to reduce or halt deliveries,” he wrote in his blog.

Earlier, Bloomberg, citing its sources in the EU, reported that the EU is discussing the possibility of a swap deal with a number of countries in order to avoid interruptions in gas supplies to Europe, which, in particular, may be caused by the situation around Ukraine. According to the report, the EU is discussing swap deals with Qatar and Norway. At the same time, Brussels is in close contact with Algeria and Egypt, as well as Asian countries, to find out if this kind of deal is possible.

In recent months, statements have been made in the west, as well as in Kiev, about a possible Russian invasion of Ukraine. The Kremlin called the allegations baseless, aimed at escalating tensions.

“We are concerned about the energy situation in Europe because it demonstrates the vulnerability of being too dependent on one supplier of natural gas and that’s the reason why NATO allies agree that we need to work and focus on diversification of supplies,” Stoltenberg stated on Sunday.

Russia, which supplies close to a third of Europe’s natural gas, was not directly referenced, but the recent escalation in tensions between Russia and NATO over Ukraine is thought by some to be a catalyst for his comments.

NATO allies have discussed wide-ranging sanctions and military action should Russia invade Ukraine. However, the European Union, of which many nations are NATO members, is heavily dependent on Russian energy exports.

In 2019, 60.7% of the EU’s energy came from imports. Russia was the largest supplier of coal, crude oil, and natural gas, and, over the past decade, the EU has become increasingly reliant on Russian natural gas.

The growing demand for Russian natural gas led to the development of the Nord Stream 2 pipeline. The pipeline runs under the Baltic Sea connecting Russia and Germany and has long been a politically divisive topic within NATO.

One primary stated concern was the ability for Russia to use energy as a bargaining chip. The pipeline was completed in September of 2021.

Europe is also in the midst of an energy crisis. The continent had to dip into energy reserves during an exceptionally hot summer and has seen lower than anticipated energy production from wind turbines.

In the fourth quarter of 2021, natural gas prices at the Dutch TTF contract, the European benchmark, were at a record high of $31.14/MMBtu. Prices have dropped in the first quarter of 2022, but supply remains low compared to recent averages.

On Sunday, Pentagon spokesperson John Kirby said the US is looking at deterrents against Russia’s aggression toward Ukraine “the likes of which we have not looked at before,” though he stated that there is still “room and space for diplomacy.”

“Fox News Sunday” host Dana Perino asked Kirby what efforts are being made to signal the possible consequences from the US if Russia invades Ukraine.

“I think we’ve been very clear with Mr. [Vladimir] Putin about the economic consequences that could come his way and the way the Russian people should he further incur — invade inside Ukraine. And one of the things about sanctions is once you once you trip that, then the deterrent effect is lost,” Kirby added.

“I think we’ve been very, very clear that we’re going to look at sanctions and economic consequences, the likes of which we have not looked at before even considering even as far back as 2014,” he

However, Kirby also said during his interview that “it doesn’t have to come to conflict.”

“We still believe there’s room and space for diplomacy and we’d like to see that be the solution here,” he added.

US Ambassador to the United Nations Linda Thomas-Greenfield has also said Russia would not have amassed such a large military presence along the Ukrainian border without the intention of using it.

“We’ve seen the Russian playbook before. They are using disinformation. They’re encouraging Ukrainians not to worry about an attack, but we know that the attack is possible,” Thomas-Greenfield said on ABC’s “This Week” on Sunday.

“You don’t amass 100,000 troops if you don’t have intentions to use them,” she added of the Russian troops along the border.

Her remarks come as concerns about a potential Russian invasion of Ukraine mount.

Last week, President Joe Biden announced that he would send a small number of US troops to the eastern Europe in the “near term”.

“I’ll be moving troops to Eastern Europe in the NATO countries in the near term,” Biden said on Friday to reporters at Joint Base Andrews, adding, “Not too many.”