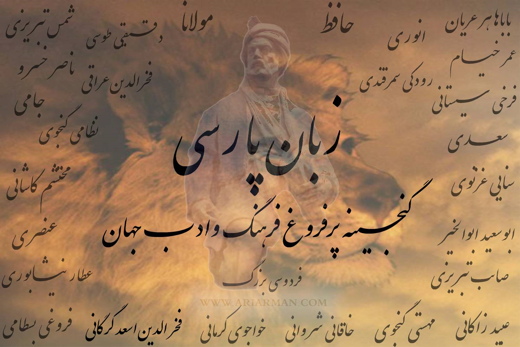 The educational workshop will be held with the aim of introducing Persian poetry and Iranian literary scholars, the Islamic Culture and Relations Organization reported.

Iran’s cultural attaché office in Erzurum, Turkey, will host a workshop of Persian poetry and literature for the first time.

The workshop will be held in the office’s Persian language and literature education center. Rahim Koushesh, a visiting professor at Atatürk University and a scientific board member of Urmia University, will be the instructor of the program.

The educational workshop will be held with the aim of introducing Persian poetry and Iranian literary scholars, the Islamic Culture and Relations Organization reported.

During the weekly workshop, which will be attended by Persian-language M.A. students of Erzurum Atatürk University, poems of Rumi and Hafez will be studied.

Persian traditional music was presented at the Iranology exhibition of the Belarusian University. The expo was mounted by Iran’s cultural attaché office in Belarus and Minsk’s Muslim Students Association in Belarusian State Medical University.

Chordophone and Percussion instruments of Persian traditional music were displayed at the event while classical Iranian poets and five contemporary Iranian scholars were introduced at the event.

On the sidelines of the expo, booklets of modern Iran were distributed. The pavilions of Iranian tribes were the event’s most visited and attractive sections according to foreign visitors.

The event will host lovers of Iranian arts and works by December21.