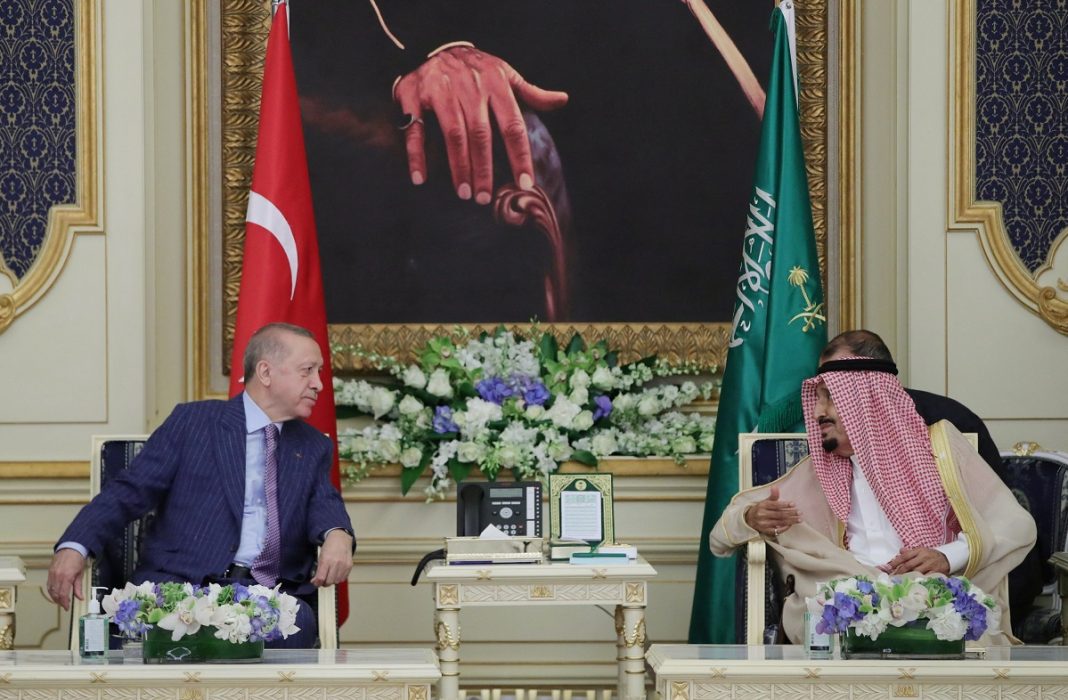 “We paid a visit to Saudi Arabia upon the invitation of Hadimu’l Haremeyn,” or “the Servant of Mecca and Medina,” stated Erdogan, referring to Saudi King Salman bin Abdulaziz Al Saud.

“As two brotherly countries with historical, cultural and human ties, we are striving to increase all kinds of political, military and economic relations between us and to start a new era,” said Erdogan on Twitter.

Erdogan also stated that Turkey attaches great importance to the security and stability of the Persian Gulf region.

“We express on every occasion that we attach as much importance to the stability and security of our brothers in the Gulf region as our own,” he said.

“We underline that we are against all forms of terrorism and that we attach importance to cooperation with the countries in our region against terrorism,” he added.

“I believe we will take our relations to a level beyond what they were previously,” said Erdogan, adding his visit during the Muslim holy month of Ramadan “will open the doors of a new era with our friend and brother Saudi Arabia.”

Earlier, the Turkish president arrived in Saudi Arabia for a two-day working visit.