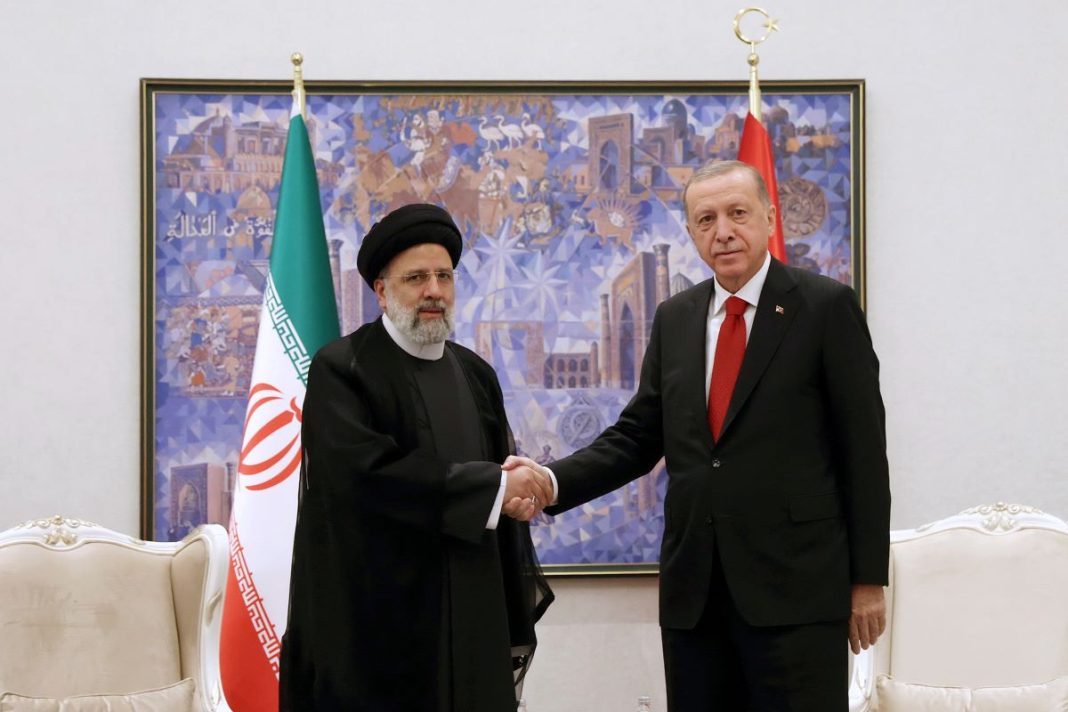 Meeting his Turkish counterpart, Iranian President Ebrahim Raisi says Iran rejects any changes to the international borders of the region, and that the country’s policy is based respecting the sovereignty and territorial integrity of other countries.

Raisi sat down for talks with Turkish President Recept Tayyip Erdogan on the sidelines of the Shanghai Cooperation Organization (SCO)’s summit of heads of state in the Uzbek city of Samarkand.

“The basis of our policy in the region is that the fate of the countries be determined at their own hands and their sovereignty and territorial integrity be respected,” Raisi said.

The president referred to the latest developments in the Caucuses region, which witnessed days of military tensions between Azerbaijan Republic and Armenia, reaffirming that Iran welcomes the freedom in 2020 of Karabakh and stands ready to help rebuild the war-ravaged Azeri region.

He, however, rejected as “unacceptable” any changes to the region’s historical, international and geopolitical borders.

The comments come days after Ankara declared full support for Azerbaijan in the latter’s latest military conflict with Armenia in the border areas.

The republic of Azerbaijan is believed to be seeking to change the borders by seizing more land in the direction of the Azeri territory of Nakhchivan, which borders Turkey to the northwest, Armenia to the north and east, and Iran to the south.

Erdogan said efforts were underway to implement the agreements previously signed between the two neighbors.