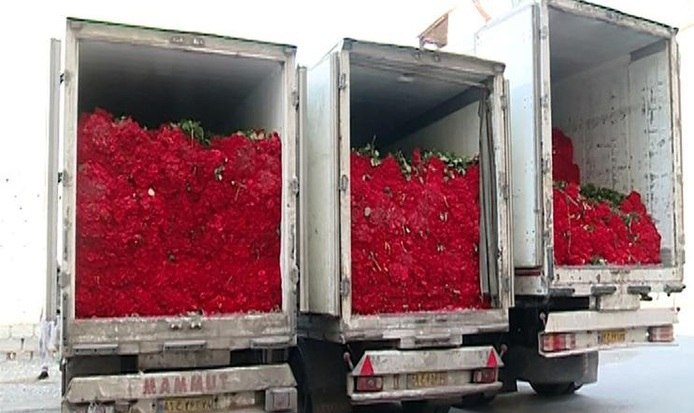 A divorced Iranian lady has donated to martyrs all her marriage portion, which included one million roses.

Trucks carrying one millions flowers were unloaded at the martyrs’ cemetery in the southeastern Iranian city of Kerman, a development which went viral on social media.

In fact, the flowers were the marriage portion of a woman divorced from her husband.

“When one million roses were designated as my marriage portion, I was not supposed to demand it,” says this lady, who had demanded the marriage portion from her husband. 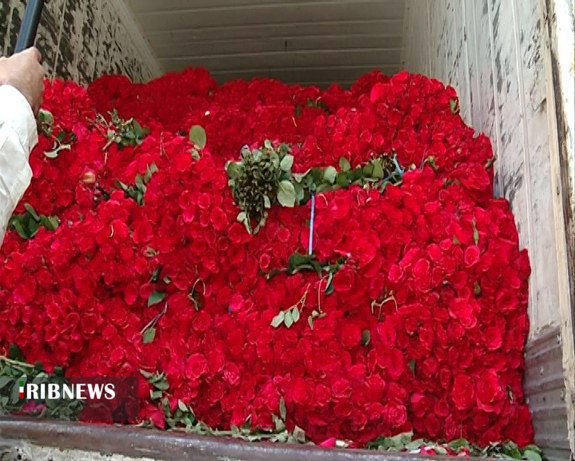 “But after my husband and I began to have a row, I had to file for divorce. The I demanded my marriage portion. Now that I have received the flowers, I donate these roses to martyred general Qassem Soleimani and all other martyrs who fought for the sake of this land, so that we are now living in safety,” she says.

“I tried to reach agreement with my husband over receiving the marriage portion, but he never agreed to pay me money instead of the flowers. Moreover, my former husband wanted to pay me very little as marriage portion. Also, no agreement was reached on the issue that the money be spent for charity and orphans. So, I finally decided to demand the flowers. Of course, I could have exchanged the flowers for money after I got them, but I didn’t do it,” she says.

“As my client was obliged to give one million roses to his wife as marriage portion, he tried to provide the flowers,” said the husband’s lawyer.

“When authorities at the Judiciary make inquiries to flower shops to learn about the price, each flower is priced at Rls. 40,000. So, the wife’s marriage portion was estimated at round Rls. 40 billion. However, the husband objects to paying that amount and announces that he would be able to provide one million roses at a lower price and give them to his wife,” said the lawyer.

“The roses were procured from the towns of Mahallat in Markazi provice and Dezful in Khuzestan province. After the issue was followed up, flowers were bought at Rls. 10,000 each, putting the estimated value of the marriage portion at Rls. 5 million. The flowers were sent to Kerman in eight trucks,” the lawyer said.

Flowers Not Allowed inside Cemetery

The official in charge of the martyrs’ cemetery said he refused to accept the flowers.

“These flowers were provided as a result of divorce, which was not acceptable to martyrs’ cemetery officials. So, flowers were not allowed to be used to shower the tombs of martyr Soleimani and other martyrs,” he said. 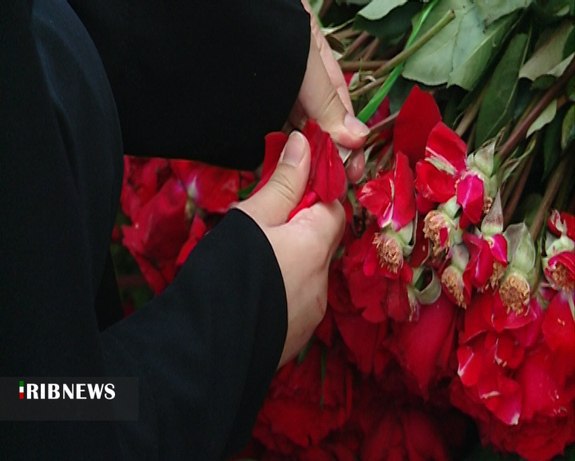 With the wife’s consent, part of the flowers was given to the office running the martyrs’ cemetery in Kerman to be sued for charity and essence extraction, but one million fifty thousand flowers are left withering.

The head of the Kerman Justice Department told reporters “We will not allow some people to tie their personal issues to the sentiments of citizens whose family members have been martyred,” adding the issue will be further reviewed.