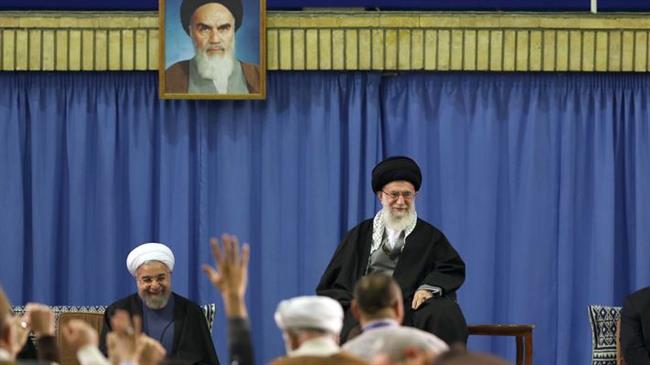 “The hands that sow discord among Shias and Sunnis are linked to the spy services of the enemies of Islam,” said the Leader in a meeting with the delegates to the Islamic Unity Conference underway in the Iranian capital, Tehran.

Ayatollah Khamenei noted that the Western-style leanings alleged to be Islamic, in fact, run counter to Islam.

“The [so-called] Shiism linked to the UK’s MI6 is not [real] Shia [Islam], nor is the [so-called] Sunnism which is the mercenary of America’s CIA [real] Sunni [Islam], but both are against Islam,” the Leader said.

The Leader further called on Muslim nations to close ranks and foster their unity.

Ayatollah Khamenei then noted that certain Middle East states which are pursuing a hostile approach vis-à-vis Iran have set foot in the wrong path.

“Some regional governments have based their foreign policy on enmity toward Iran; this is a big mistake and runs counter to common sense and wisdom,” the Leader said.

“On the contrary, Iran has based its policy on friendship with neighboring Muslim nations.”