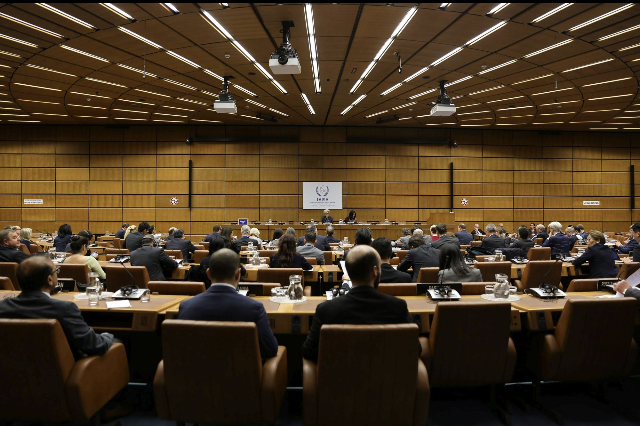 European diplomats say it is unlikely the International Atomic Energy Agency (IAEA) Board of Governors to issue a resolution against Iran. Iranian officials have announced nuclear negotiations are slated to resume in late November, and stressed Tehran is prepared to reach a good agreement.

Less than three weeks before indirect negotiations are set to resume between the US and Iran about a possible return to the 2015 nuclear deal, Iran is holding talks with other signatories to the agreement to try to set the stage for the new round of talks.

The talks on Nov. 29 in Vienna will be the seventh round of negotiations since President Joe Biden assumed office and the first round since Ebrahim Raisi was inaugurated as president of Iran.

It comes after more than three months of suspension and amid skepticism in Washington and European capitals about Iran’s willingness to return to full compliance with the nuclear deal.

Iran’s chief nuclear negotiator Ali Bagheri is traveling to Paris, Berlin and London this week for preparatory talks ahead of the Vienna negotiations.

In a call with his French counterpart, the Iranian foreign minister criticized the Biden administration’s decision to impose sanctions on Iran’s Islamic Revolutionary Guard Corps drone units and called the move unconstructive. But he stated Iran is going to come to the talks seeking “a good deal”.

The French Foreign Minister said in the call that the talks should resume from the point they stopped after the last round of negotiations in June. At the time, the parties had already reached a draft agreement.

In a phone call with his Chinese counterpart, Abdollahian noted Iran hopes the US and its European allies will come to Vienna with a realistic approach “so that an agreement could be reached quickly”.

When he spoke to his Russian counterpart, the Iranian foreign minister announced Iran is “skeptical of the US intentions” but added if the Biden administration fully implements its commitments and doesn’t make more demands, Iran will return to full compliance with the deal.

The Iranian Foreign Ministry laid out several conditions ahead of the next round of talks.

The US must accept responsibility for withdrawing from the nuclear deal during the Donald Trump administration.

The US must lift all sanctions imposed by the Trump administration.

The US must give a guarantee that the next administration won’t withdraw from the agreement in the future.

State Department spokesperson Ned Price said on Tuesday the Biden administration “continues to seek constructive engagement in Vienna, including when the talks resume later this month”.

The board of the International Atomic Energy Agency (IAEA), which is responsible for verifying whether a country’s nuclear program is in compliance with international treaties, will convene in Vienna on Nov. 25, several days before the talks are set to resume.

The US, France, Germany and the UK have been discussing for several weeks the possibility of using this event to pass a censure resolution against Iran over the limitations it puts on UN inspectors.

The UK has been actively pressing the US, France and Germany to move ahead with the censure. But European diplomats briefed on the issue stated after Iran’s announcement of resuming the nuclear negotiations, it is unlikely that such a move will take place.

He wrote on Twitter that chief nuclear negotiator “engaged in successful talks in Europe”.