Democracy is all about communications 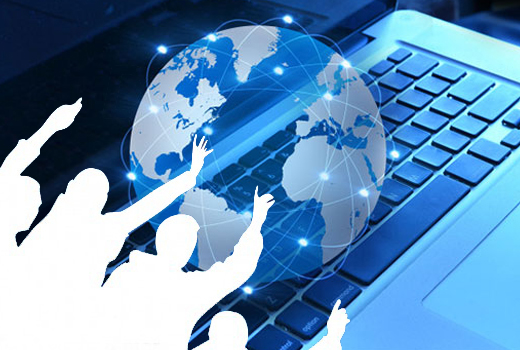 Jahan-e Sanat daily has, in an opinion piece, said that humans have always used communications to promote their social lives.

Social humans produce communications which are the best and most valuable of their products. In establishing contact [with others] and disseminating information, humans are indebted to communications for their procedural evolution and transformation ever since their creation – from the time humans were engaged in a struggle with nature for survival on earth to date when they have turned into well-established citizens who are key players in global interactions.

Jahan-e Sanat daily on May 18 published an opinion piece by Kamalledin Hadiyan, a university lecturer, on the Information Age and the impact of communications on the social life of humans. The following is the translation of the piece:

The history of social development shows that the formation of different ages and periods is the fruit of a golden moment which paves the way for the dissemination of information and the subsequent use of such information on a massive scale.

The creation of textual or written information, the invention of the printing press [in the past] and broad access [at present] to digital equipment which help produce, keep and disseminate information have each been the origin of transition from a traditional community to a modern society. They have also been the reason behind the presence of humans in the capacity of global citizens in a modern society which is also known as information society.

Development and foundation-laying are inherent parts of communications. The advances made in communications have produced democracy which is one of the long-held dreams of humans. One can argue that choosing effective modern communications technologies can be a shortcut – a shorter, more cost-effective and accessible way – for developing nations to transition into rich, developed societies.

It seemed hard to believe [the effectiveness of such a shortcut] when Alvin Toffler [an American writer and futurist, known for his works discussing the digital revolution, communication revolution and technological singularity] sounded alarm bells in his book The Third Wave about the effects of modern technologies and the experience of growing environmental and human changes. However, it [the shortcut] is viewed today as a certainty.

Tolerance and uncritical acceptance [of opposing views] is the result of using modern communications technologies. This process has helped citizens improve their lives, get engaged in international, social discourse and actively and knowingly participate [in social affairs], and it will gradually take the place of the dominant power discourse.

The [same] process will see the international life [of people or nations] – irrespective of their race, ethnicity, gender, etc. – become full of security and unity for everybody, everywhere. The pace and content of the change which takes place as a result of spreading communications is so high that ignoring the way changes – those which are in contrast with the nations’ independent national and social identity – are managed will cause serious harms to the fabric of national societies and will foil efforts which aim to materialize international social convergence.

The impacts of such attitudes can be seen in the absence of independent social identities – an effective way to counter alienation and estrangement from [the nations’] origin – and in the metamorphosis of the national and religious identity [of nations] into the culture of the invading country.

In such a society, efforts to decrease conflicts and avoid confrontation go hand in hand with what is done to bring about peaceful coexistence and transformation in national-international societies. From this perspective, marking World Telecommunications Day and remembering and praising the matchless effects of communications amount to hailing human and civic rights at the information age.

In The Third Wave, Toffler describes three types of societies, based on the concept of “waves”—each wave pushes the older societies and cultures aside. First Wave is the society after agrarian revolution and replaced the first hunter-gatherer cultures. Second Wave is the society during the Industrial Revolution, and Third Wave is the post-industrial society.
› Subscribe
Share
Facebook
Twitter
ReddIt
Email
Print
Telegram
WhatsApp
VK
LINE
Viber