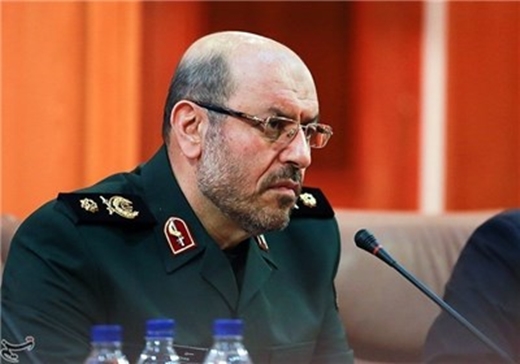 Iran’s defense minister has said that ISIL lacks the capability and capacity to pose any threat to the Iranian borders, and we do not deem it a threat.

Iran does not consider the Islamic State in Iraq and the Levant (ISIL) terrorist group to be even a threat, Defense Minister Brigadier General Hossein Dehqan said, stressing that any hostile move by the notorious group against Iran will be nipped in the bud.

“Daesh terrorist group lacks the capability and capacity to pose any threat to the Iranian borders, and we do not deem it a threat,” Dehqan said on Iran’s southern island of Qeshm on Thursday, using an Arabic acronym for the ISIL, also known as the ISIS.

“Definitely, the power of Iran’s security, military and law enforcement forces stands at a level that they can foil any move by that group (ISIL) before it even starts,” he added.

The ISIL militants would have done something against Iran’s security if they had had the ability to do so, Dehqan noted, adding that Iran’s military power has curbed their activities.

He also noted that Iranian security forces monitor each and every move by the terrorist group.

ISIL is a militant group operating in Iraq and Syria which is believed to be supported by the West and some regional Arab countries. The terrorist group claims that Iraq and Syria are part of the territory it has called an independent state, with implied future claims intended over more of the Levant, including Lebanon, occupied Palestine, Jordan, Cyprus, and Southern Turkey.

ISIL militants made advances in northern and western Iraq in summer 2014, after capturing swaths of northern Syria.

However, a combination of concentrated attacks by the Iraqi military and the volunteer forces, who rushed to take arms after top Iraqi cleric Ayatollah Ali al-Sistani issued a fatwa calling for fight against the militants, have blunted the edge of ISIL offensive.

Amid tensions in Iraq, Iran is known as the first country to help the Arab country and has always voiced support for Iraq’s prosperity and territorial integrity.