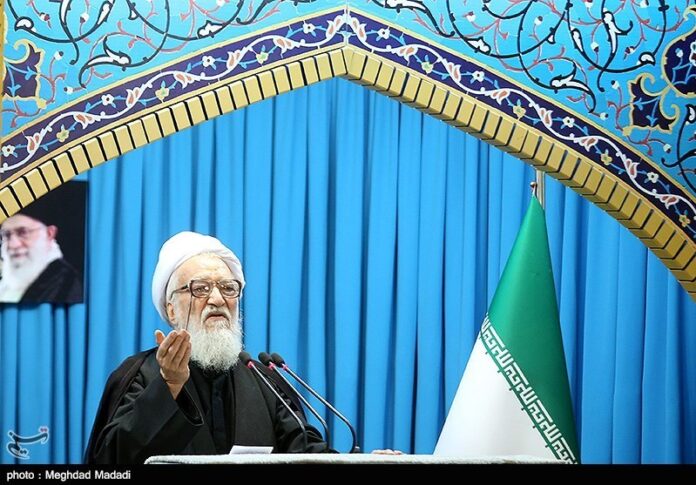 An Iranian cleric described the fall of the Daesh (ISIL) terrorist group’s self-proclaimed caliphate as a testimony to the influential role of Iran and Hezbollah.

Addressing Friday prayers worshippers in Tehran, Ayatollah Mohammad Ali Movahedi Kermani said the defeat of ISIS proved the “power of Islam, Iran and Hezbollah” to the US.

He also highlighted the role of Iraqi religious authorities in mobilizing efforts in the fight against ISIS.

The cleric further cautioned against the enemy’s future plots.

The recapture of the Syria town of Al-Bukamal from ISIS on November 19 marked an end to the terrorist group’s caliphate it had declared in 2014.

Leader of the Islamic Revolution Ayatollah Seyed Ali Khamenei has said the elimination of ISIS Takfiris was a service to all humanity and a blow to the creators and supporters of the terrorist group, including the US.

ISIS militants had made swift advances in northern and western Iraq over the summer of 2014, after capturing large areas of Syria.

Iran and the Lebanese Hezbollah movement stood by Syria in the war against ISIS.