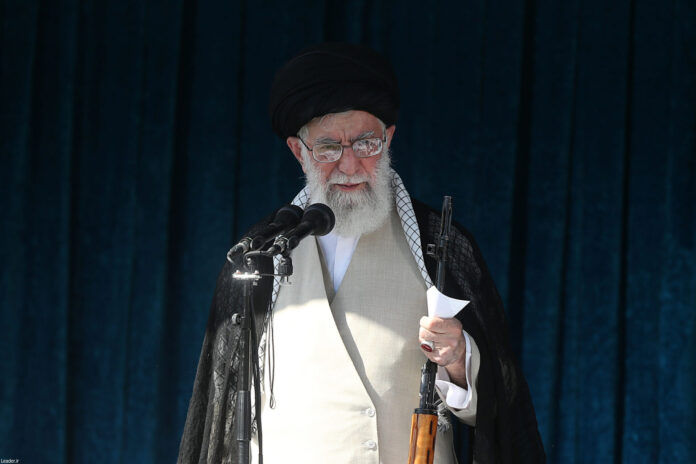 Leader of Iran’s Islamic Revolution says the so-called “Deal of the Century” initiative orchestrated by the United States will never be implemented.

“The meeting which is going to be held in Bahrain belongs to the Americans. However, Bahraini rulers have set the stage for that meeting because of their weakness, their inability, and their grossly anti-democratic and anti-Islamic mentality.” said the Leader in his address to a huge crowd of worshippers at a congregational prayers service marking Eid al-Fitr.

“The conference is aimed at putting into effect the wrong, treacherous sinister plan of the US about Palestine, which is known as ‘Deal of the Century’,” Ayatollah Khamenei said.

Ayatollah Khamenei said Bahraini and Saudi officials are setting foot in a quagmire by supporting the US plan. Iran’s leader also thanked the Arab and Muslims countries as well as Palestinian groups that are supporting Palestinians.

Ayatollah Khamenei reiterated the cause of Palestine is the most pressing issue of the Muslim world.