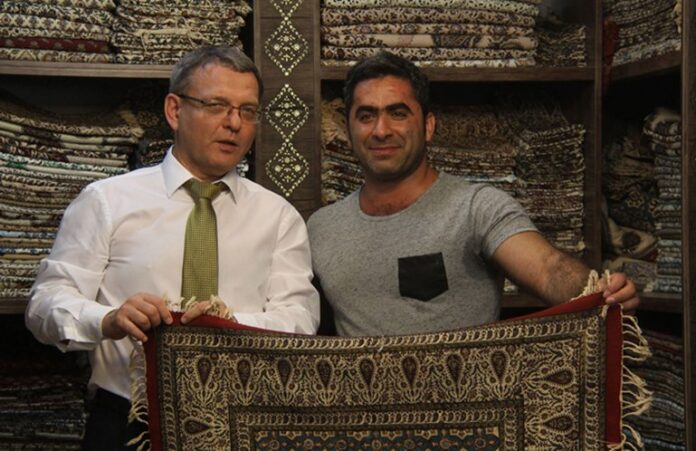 Lubomir Zaoralek arrived in Isfahan and was welcomed by the historical province’s governor general.

The Czech top diplomat attended a meeting of Isfahan Chamber of Commerce, Industries, Mines and Agriculture on Saturday.

Images of the Czech minister on a shopping tour in Isfahan released by fararu.com:

Iran in Photos: The Farm Where Anthony Quinn’s ‘Caravans’ Was Filmed