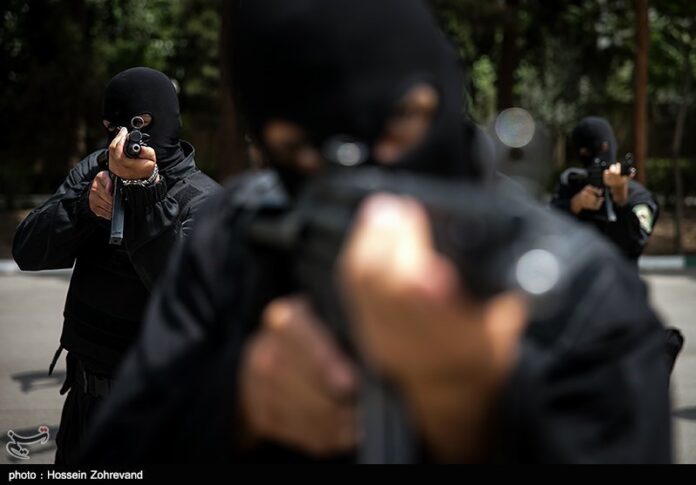 Tonight, Monday July 4, the Islamic Republic of Iran Broadcasting (IRIB) is going to broadcast the confessions of a number of ISIS terrorists who had planned to launch suicide attacks in different parts of Iran, particularly in Tehran, but were captured by the Intelligence Ministry. In these confessions, one of them claims to have received €600,000 for launching terrorist attacks in Iran.

Iran’s Intelligence Ministry announced in a statement on June 20 that Takfiri elements had planned a series of bombings in different parts of Iran, including Tehran and some other provinces, but Iranian security forces thwarted the plot. This was one of the biggest attacks planned so far by Wahhabi terrorists.

A documentary, entitled “Depth of Failure”, is scheduled to be aired by IRINN at 20:15 [Tehran local time], in which the arrested elements explain the details of their terrorist missions.

According to a report by Tasnim, as translated by IFP, the ISIS elements, whose faces are not going to be covered in this documentary, will elaborate on the way they supplied their equipment and wanted to do the operation in Tehran.

According to one of the elements in this documentary, they had prepared explosives for 50 big terrorist attacks in Tehran.

One ISIS terrorist claims in this documentary to have received €600,000 in cash for the operation. He also says that they used to hold some of their meetings in front of Daneshju Park in central Tehran.

He also said that the ISIS commanders had ordered them to prepare cars belonging to Tehran and the suburbs for their operations in the Iranian capital.

For the first time, the documentary will also show films secretly shot by the Intelligence Ministry of the elements’ moves, cars, and explosives, particularly around Daneshju Park.

In its June statement, the Intelligence Ministry had noted that its Forces in Tehran and some other provinces managed to foil the “satanic” measures of Takfiri terrorists. Several bombs, which were ready to explode, and a huge amount of explosive ingredients were seized, it said at the time.