Commander of the Iranian Border Guard Units General Hossein Zolfaqari announced that the 5th Iranian border guard who was abducted by Jeish al-Adl terrorist group along with four of his comrades in February and was not released when the other four were set free in April, is still alive and kept hostage in Pakistan.

“Based on the proofs and evidence we have, sergeant Jamshid Danayee-Far, one of the border guards abducted by Jeish al-Adl grouplet, is alive,” Zolfaqari said, addressing a ceremony in the Southern province of Hormozgan on Wednesday.

He said that diplomatic efforts are underway to provide the ground for his freedom.

Noting that the Islamabad government has held a special meeting chaired by Pakistani Prime Minister Nawaz Sharif for restoring security to its borders with Iran, Zolfaqari said, “The result of these negotiations was the development of security relations (between Iran and Pakistan), specially at border crossings to fight outlaws and armed grouplets.”

After Jeish Al-Adl claimed late February that it has killed Danayee-Far, Zolfaqari rejected the claim and said it was not substantiated by any proof or evidence.

“Don’t accept any quotes about the issue of the border guards, there is no proof substantiating the martyrdom of Danayee-Far and no evidence has been presented to us in this regard,” Zolfaqari told reporters in Tehran in late February.

The five Iranian border guards were abducted in Jakigour region of Iran’s Sistan and Balouchestan Province on February 6 and taken to Pakistan. Reports said earlier that one of them, Danayee-Far, was killed late February but the official sources haven’t confirmed his death yet.

Tehran would by no means accept the death of the fifth kidnapped border guard, Jamshid Danayee-Far, and will increase diplomatic efforts to find him, Rahmani Fazli said.

The Iranian interior minister took the Pakistani government responsible for following up the case of the last kidnapped Iranian border guard. 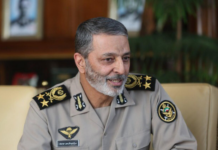 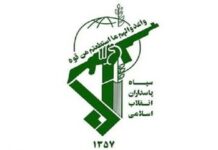 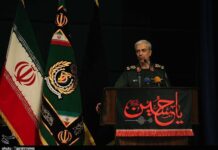