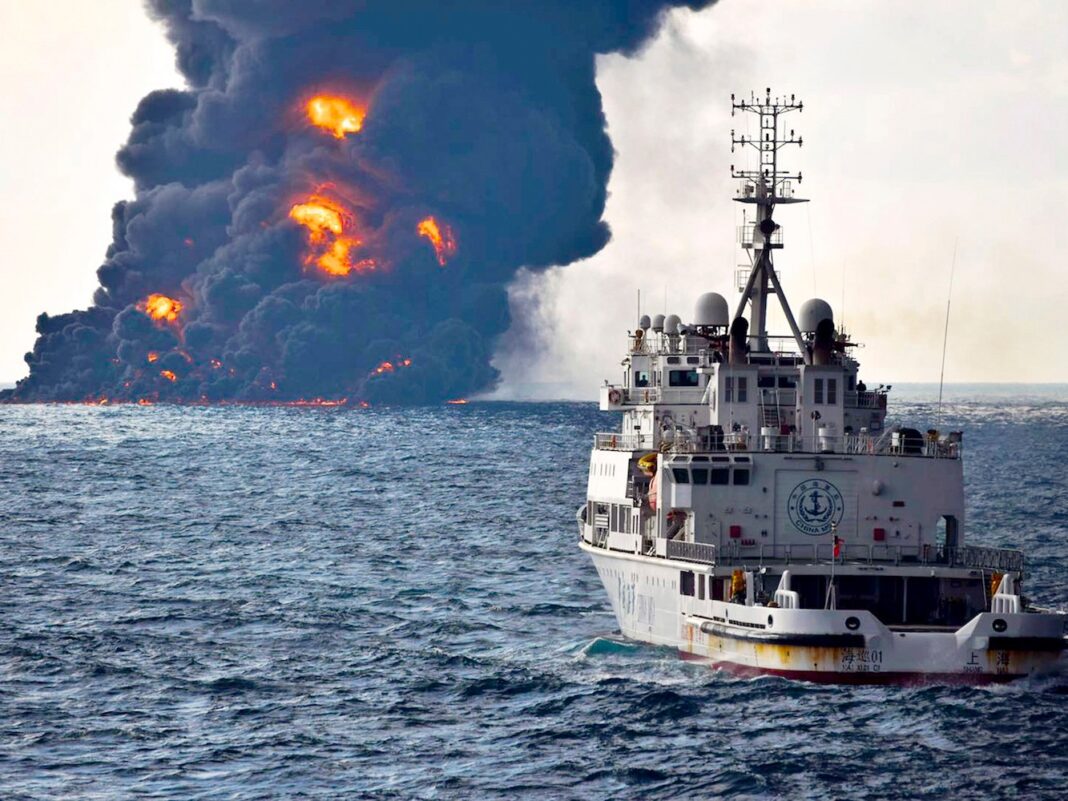 An energy expert has called the Sanchi oil tanker collision an ambiguous case, saying that further investigation will indicate whether the Chinese have done what they could to prevent the tragic incident and its loses.

Mahmoud Khaqani says following the oil tanker’s recent collision in East China, which led to the deaths of all its 32 crew members, the Chinese and those who arrived in the area were very worried about the danger of water pollution.

“They did their utmost in controlling and shutting down the fire, but when realized that controlling the fire was not so simple, they preferred the tanker burn instead of polluting the area and the sea.” 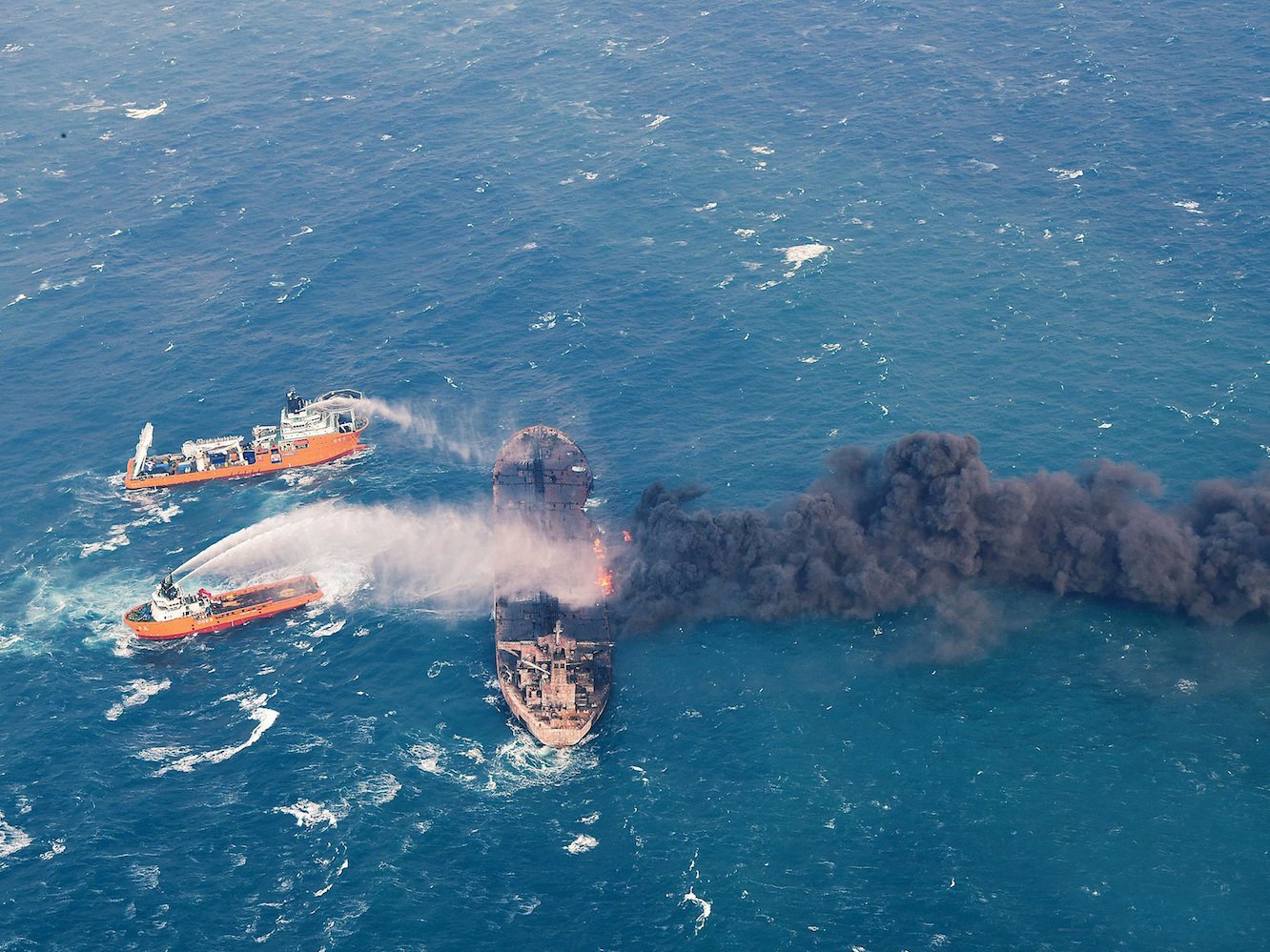 The ship that collided with Sanchi, called CF Crystal, was a carrier of wheat from the United States to China and was insured. South Korean petrochemicals company Hanwha Total had purchased the natural-gas condensate.

“Reports say the insurer will pay damages to Hanwha for the lost cargo. In addition, this company has no responsibility for the damage caused to the environment of the accident site, the sunken tanker or the accident itself.” 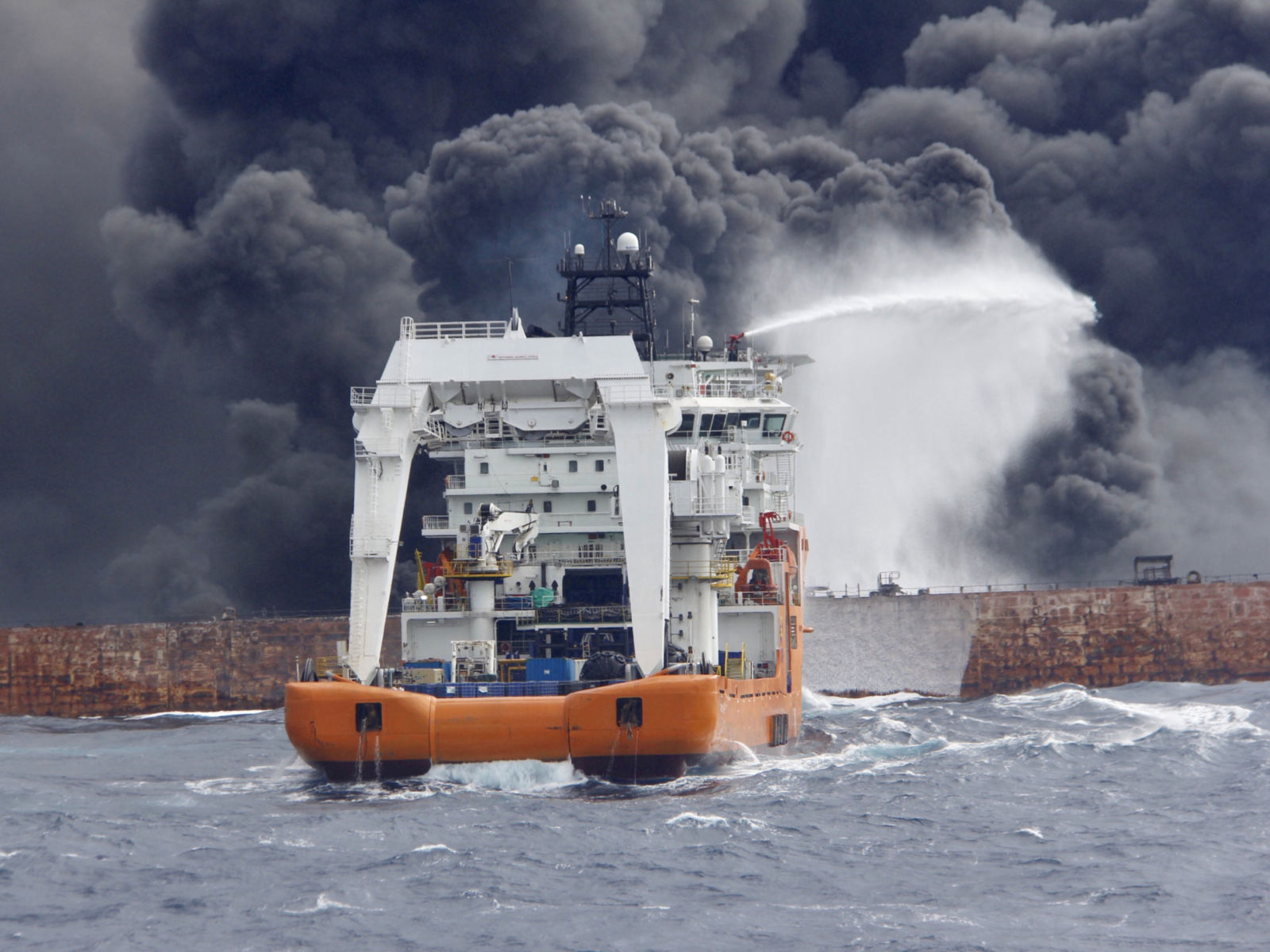 “About half of the 65 oil tankers of the National Iranian Tanker Company are currently insured internationally. Indeed, insurance companies have defined a method that does not require the participation of US counterparts to cover Iranian oil and gas shipments and Iranian oil tankers,” said Khaqani.

He further mentioned that it should be investigated why the Chinese cargo ship suddenly hit Sanchi and stayed safe. 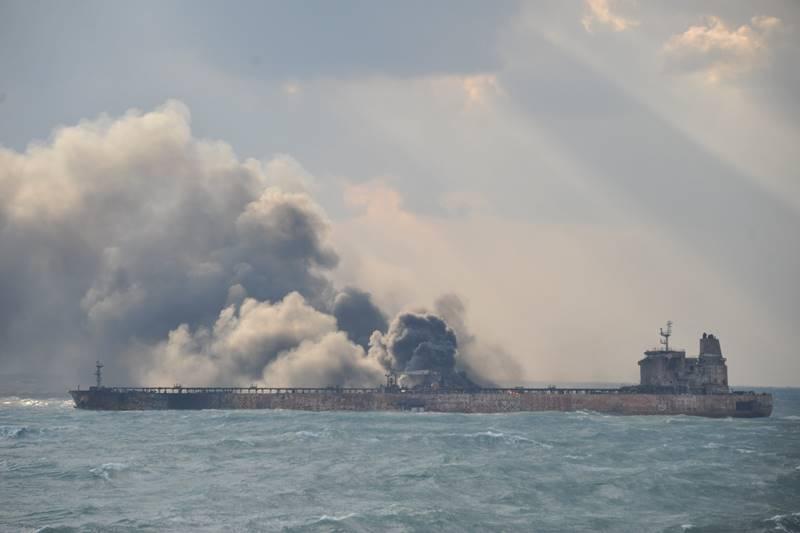 “If it was a deliberate move, they knew what the weakness of the tanker was. In the seas, everyone should think like a police, not like a judge. The parties that are currently worried and will take action are the insurance companies. 30 percent of the damages will be paid by two Iranian insurance companies, and 70 percent will be compensated by a foreign company. However, the legal aspects of the incident are very complicated as we do not know how its cargo was sold,” Khaqani added.

He also noted that if the cargo loaded at Asaluyeh port is FOB, then the seller (Iran) will not be responsible for it since the shipment belongs to the buyer. Therefore, the cargo is insured by the buyer and the vessel owner insures the tanker.

However, he added, if it is CIF, the seller will both insure the shipment and pay the shipping cost. When the cargo is delivered, the buyer becomes the owner. If that is the case, all the losses will be incurred on the seller.

Khaqani emphasized that everyone should wait as any comment can be used against Iran. He added that the Islamic Republic should wait for insurance companies to finalize their reviews and publish their reports.

“If the Chinese ship is blamed, the insurer must pay damages because the ships are insured like the cars. Its legal issues are very complicated as the incident occurred in China’s waters and the vessel sunk in the waters of Japan. Moreover, the ship was not carrying the flag of Iran and it was moving with the Panamanian flag.” 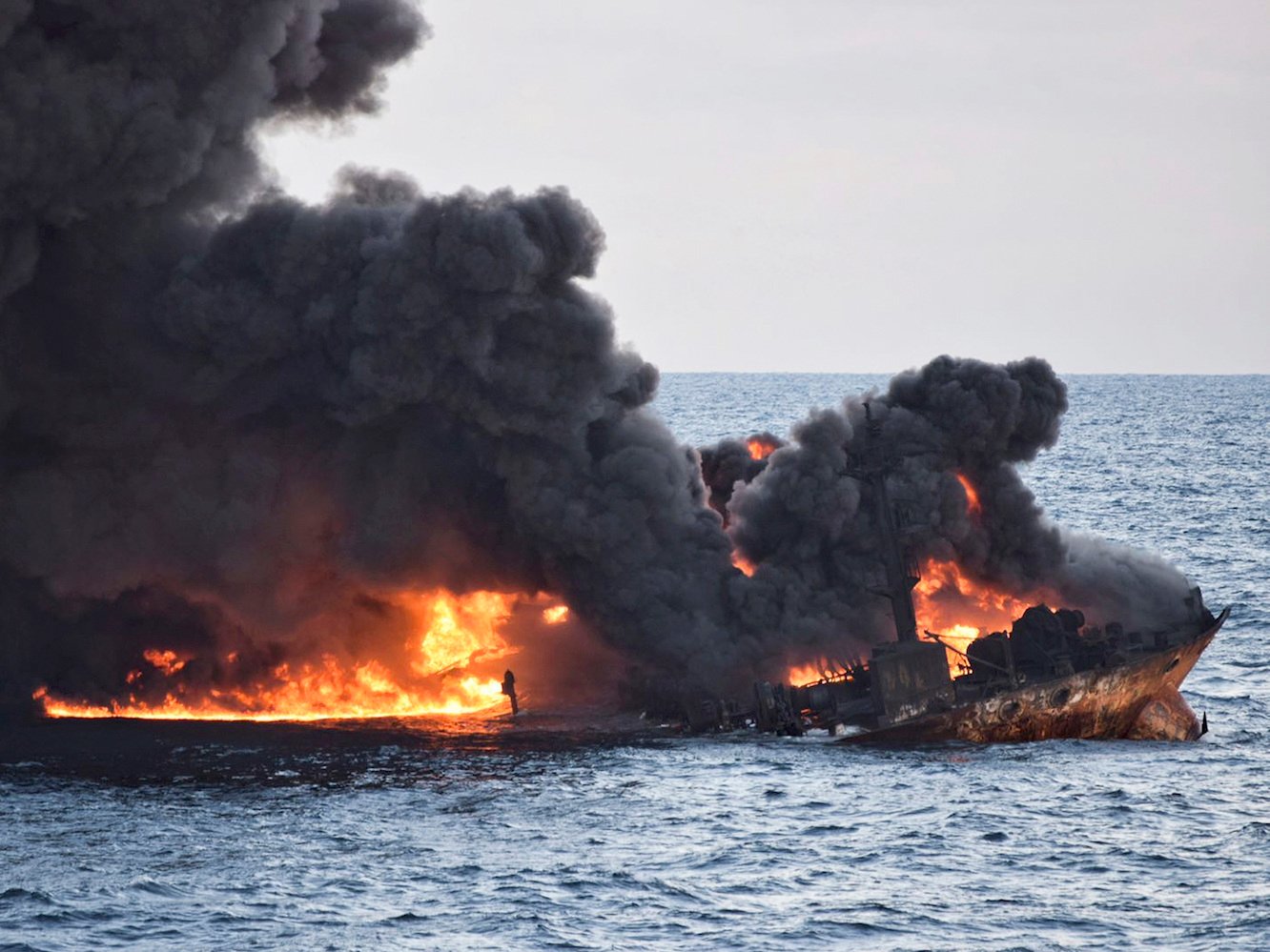 He further stressed that while the ship’s ownership belonged to the National Oil Company of Iran, it was of Panamanian nationality. People in political positions had better not talk about the issue with inexpert commentaries, since any commentary at the time of the review of the case may end in loss or personal gain.

Khaqani said, “There is a particular atmosphere in the international shipping domain and shipping world. For example, ships carrying the flag of Iran will be in trouble when entering certain ports. Of course, this is not only about Iran. Panama has provided economic conditions that do not levy tax on many companies. This procedure somehow generates revenue for Panama. So, the Panama flag was set on the tanker.”

This expert’s comments come in a situation that the commander of the Iranian Army’s Navy, Rear Admiral Hossein Khanzadi, said on Monday that the Iranian commandos who wanted to rescue the Iranian sailors received their visa to enter China two to three days later.

“My colleagues arrived at the scene on the seventh day, and on that day, as the ship was off the coast of China and was approaching the coast of Japan, the forces were dispatched quickly, but when they arrived to get into the oil tanker, a huge explosion occurred. Then, the whole deck was on fire and unfortunately, the vessel sank,” added the Iranian commander.

In a Farsi interview with Mizan News Agency, the Iranian army’s navy commander referred to the 6-hour time difference between Iran and China and appreciated the assistance of the Navy commander of China, who provided the opportunity to call and issue orders to the Iranian commandos, but in the end, he sadly talked about a horrific explosion that exactly at the beginning of the rescue operation, thwarted all efforts in the midst of water and fire.

Will the contents of the ship’s data recorder reveal the secret of the explosion?! Time will tell.