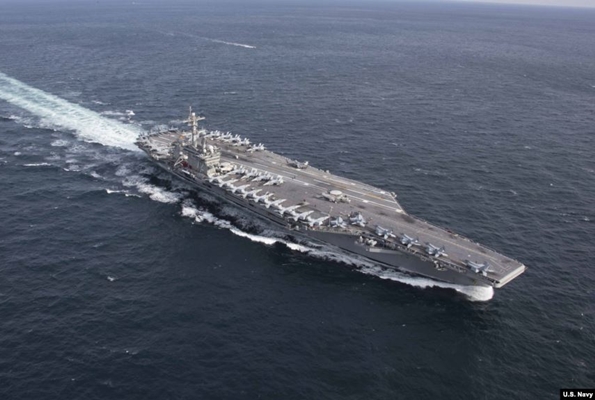 Iranian Foreign Minister Mohammad Javad Zarif has rejected the allegations raised by the US to justify its decision to step up the American military buildup in the Middle East, saying such claims are highly dangerous for the international peace and security.

Speaking to IRNA on Saturday, Zarif said the Americans raise such claims to justify their violent policies and create tensions in the Persian Gulf.

“The claim fabricated by the US army was made shortly after Washington’s decision to increase the number of American forces in the region,” he said, apparently referring to the US accusation that Iran’s Islamic Revolution Guards Corps (IRGC) has been behind recent vessel explosions near the Emirati port of Fujairah.

Zarif made the remarks before heading to Tehran after his official visit to Islamabad.

US president Donald Trump has approved plans to deploy 1,500 troops in the Middle East to counter what he calls Iran’s threat. Trump made the comments one day after he said he did not think more forces would be needed in the region.

The Pentagon said only about 900 of the 1,500 troops will be newly deployed. It said the other 600 are already in the region and their deployment will be extended.

Iran says Washington is drifting toward conflict with Tehran on the basis of fake intelligence. Iranian officials have dismissed the US moves as psychological warfare.