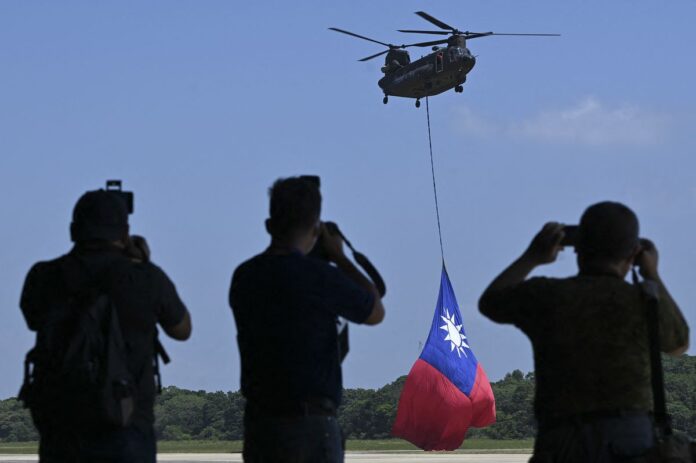 China has called on the United States to cut off military ties with Taiwan. It comes after a bombshell report claimed U.S. Marines and special operations forces have been secretly training Taiwanese soldiers on the island.

China has called on the U.S. to abide by the status quo and keep troops out of Taiwan after reports the U.S. has been secretly training Taiwanese forces for at least a year.

“The One China principle is the political foundation of China and U.S. relations,” Chinese Foreign Ministry spokesman Zhao Lijian said at a press conference in Beijing.

“The U.S. must sever diplomatic relations and abrogate its mutual defense treaty with Taiwan and U.S. forces must withdraw from Taiwan,” he added.

During the administration of Jimmy Carter, the U.S. switched formal recognition from the government in Taipei to the government in Beijing. Since then, the United States’ relationships with China and Taiwan have been dictated by several diplomatic agreements as well as the 1979 Taiwan Relations Act.

“The U.S. has made its clear commitment to China,” Zhao stated.

“In his phone call with President Xi Jinping, President [Joe] Biden emphasized that it has no intention to change the One China principle,” he continued.

The comments from China come after The Wall Street Journal reported Thursday there have been troops and two dozen special operations members training Taiwan ground forces.

There has also been a detachment of Marines on the democratic island to help with small-boat training.

The report came as tensions between China and Taiwan have heightened, with U.S. officials noting earlier this year an attack on Taiwan by China could come sooner than thought.

Taiwan has been self-ruled for decades, but China still claims sovereignty over the island.

A majority of Americans would support U.S. troop intervention in Taiwan if China attacked the island, according to a new poll.