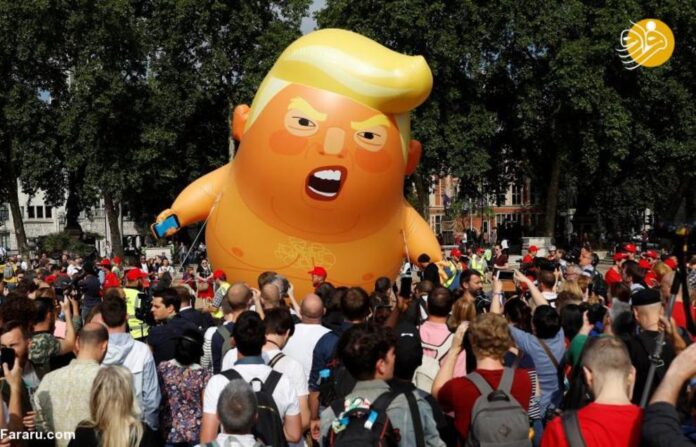 British activists and citizens made creative effigies of US President Donald Trump in the capital London to express their protest at his visit to the UK.

London activists were highly involved in arrangements for protests against Trump’s four-day visit to the UK. Designing creative effigies of Trump was among the main measures adopted by the Londoners to express their anti-Trump protests.

Thousands of protesters also marched through the streets of London on Friday as Trump met Prime Minister Theresa May and the Queen earlier on Friday.

Trump travelled to Britain, Washington’s key ally, one and a half years after he took office as president. During his stay, Trump meet with Queen Elizabeth, PM May and other UK officials.

Trump was scheduled to visit Britain in June 2017, but Britons were opposed to his trip because of his anti-Muslim policies and his executive order that banned migrants of some Islamic countries from entering the US.

Afterwards, Trump’s trip to the UK was postponed several times.

What follows are photos of the blimps flown amid his visit: