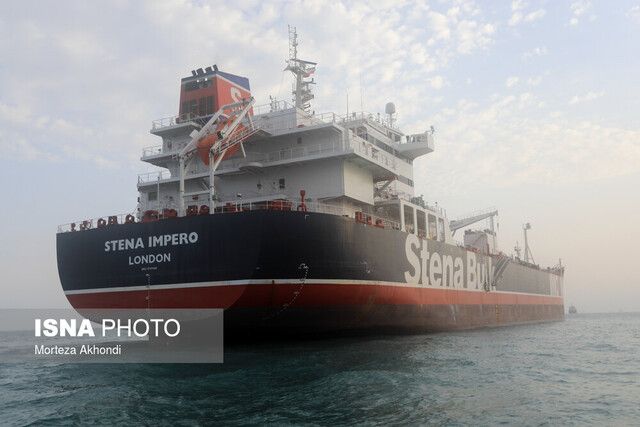 The British-flagged oil tanker Stena Impero, detained by Iran in July at the Strait of Hormuz, is going to depart from the port of Bandar Abbas in the near future.

The British oil tanker that had been impounded by the Iranian naval forces back in July for violation of international maritime regulations has received permission to leave, ISNA reported on Sunday, saying Stena Impero will soon depart from Iran’s southern port of Bandar Abbas after 65 days and sail for the international waters.

Also on Sunday, director general of Iran’s Port and Maritime Organisation in the southern province of Hormzgan said that although the legal procedures for the departure of the British oil tanker from the Iranian territorial waters are underway, the country’s Judiciary was still working on the British tanker’s case and its violations.

Meanwhile, Swedish public broadcaster SVT quoted Stena Bulk Chief Executive Erik Hanell as saying on Sunday, “We have received information now this morning that it seems like they will

“We hope to be able to head out within a few hours, but we don’t want to anticipate events. We want to see that the ship sails out of Iranian territorial waters,” Hanell told SVT, Reuters reported.

Iran detained the Stena Impero tanker in the Strait of Hormuz on July 19. The vessel had switched off its GPS locator, in contravention of international regulations, and was sailing into the strait in a wrong traffic pattern. It was entering the strait from the southern route, which is an exit path, increasing the risk of an accident
Moreover, Stena Impero had not heeded any of the warnings from the Iranian Ports and Maritime Organization. The UK oil tanker was reportedly also polluting the Persian Gulf waters heavily by dumping crude oil residue.