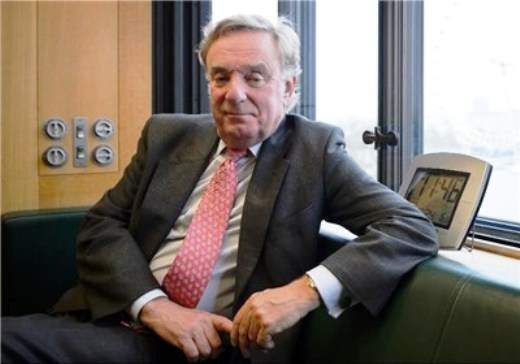 Richard Ottaway, a British lawmaker, has underlined that Iran is a big regional player, saying that Iran is key in the fight against ISIL terrorists.

A British lawmaker highlighted the “influential role” Iran plays in the Middle East region, particularly in the fight against the ISIL terrorist group.

Richard Ottaway, the chairman of Britain’s House of Commons Foreign Affairs Committee underscored the significance of Iran’s position in the Middle East region, which he said has undergone delicate conditions.

He made the comments in a meeting with Iran’s Deputy Foreign Minister for Asian and Pacific Affairs Ebrahim Rahimpour on the sidelines of a conference on Afghanistan, held in London.

Ottaway also admitted that Iran plays an “influential role” in the battle against terrorist groups, ISIL in particular.

The Iranian diplomat, for his part, described extremism and violence of terrorist groups as the root causes of the ongoing problems in the region.

Rahimpour underlined that the Middle East’s predicaments have nothing to do with what certain Western countries allege could be disagreement between Shiite and Sunni Muslims.

The ISIL terrorists made swift advances in much of northern and western Iraq over the summer, after capturing large swaths of northern Syria.

However, a combination of concentrated attacks by the Iraqi military and the popular forces, who rushed to take arms after top Iraqi cleric Ayatollah Ali al-Sistani issued a fatwa calling for fight against the militants, have blunted the edge of the ISIL offensive.