Britain Has Been Source of Misery in Mideast for Two Centuries: Iran’s Leader 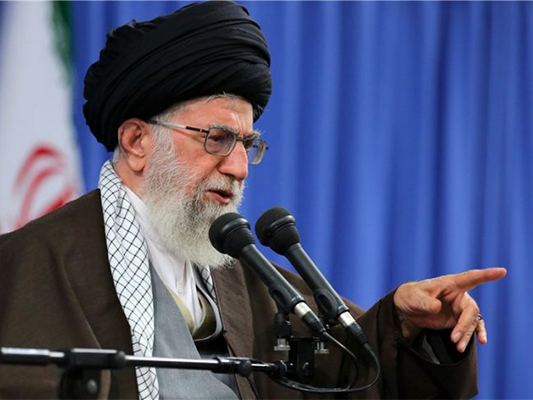 Leader of Iran’s Islamic Revolution Ayatollah Seyyed Ali Khamenei blamed the Islamic world’s predicaments on “divisive plots” hatched by arrogant powers, US and Britain in particular, and referred to the United Kingdom as the source of misery in regional countries.

London’s policies and measures over the past two centuries have been a source of evil and misery in the regional countries, Ayatollah Khamenei said on Saturday, taking a swipe at British officials, particularly Prime Minister Theresa May, for their recent anti-Iran allegations.

“In recent days, the Britons have labeled – in the most shameful manner – the oppressed and dear Iran as a threat to the region but everybody knows that contrary to such allegations, this is the British (officials) who have been always the source and root cause of threat, corruption, danger and misery,” the Leader added.

According to a report by IFP, Ayatollah Khamenei pointed to the British government’s divisive bids in India, Pakistan, Iran, and Iraq, and blamed the killing of Muslims, from Myanmar in East Asia to Nigeria in Africa, as well as the face-off between Muslims in the Middle East, on “divisive plots” by the arrogance.

“In these circumstances, British Shiism and American Sunnism, like two blades of a pair of scissors, are fanning the flames of division.”

Ayatollah Khamenei then warned against a plot that enemies of Islam have seriously put on the agenda by getting inspiration from the age-old British policy of creating division to achieve purposes.

Revealing the “savage and cruel” nature of the enemies despite their neat appearance or claims about flexibility, Ayatollah Khamenei called on the Muslim countries to gear up for confrontation with such “immoral, secular and unfair” adversaries.

The Leader’s remarks came after British Foreign Secretary Boris Johnson on Thursday summoned the Iranian and Russian ambassadors to convey his profound concern over Tehran and Moscow’s role in the suffering of Aleppo’s residents.

Earlier in December, May said at a summit of the Persian Gulf Cooperation Council (PGCC) in Bahrain that Britain would contribute to counteracting what she called “aggressive regional actions” from Iran, and unveiled plans for a four-billion-dollar military investment in the region for the next 10 years.