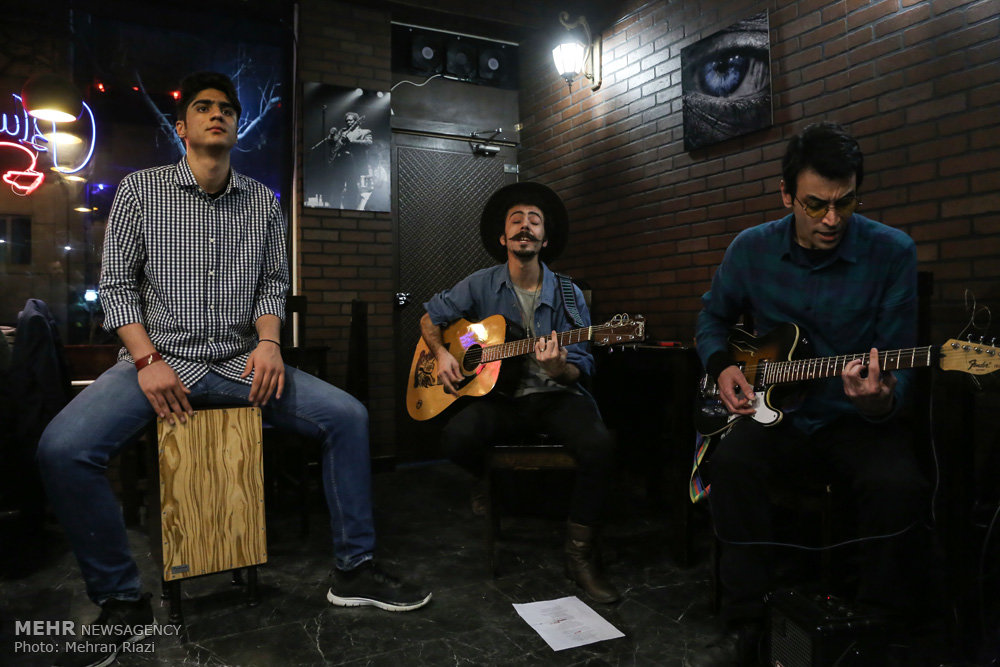 A two-year-old coffee shop in the Iranian capital named ‘Blues Coffee Shop’ hosts the cruiser motorcyclists who are interested in the Blues.

Blues is an African-American music that traverses a wide range of emotions and musical styles. “Feeling blue” is expressed in songs whose verses lament injustice or express longing for a better life and lost loves, jobs, and money.

Robert Hakoupian, 42, is the owner of the ‘Blues Coffee Shop’ in Tehran. He has established it to provide amateur musical players filled with a longing for motorcycling with a hangout to come together and hold live concerts. He is now planning to organize the cruiser motorcyclists into a cohesive group and involve them in charity events.

Robert, himself, has been crazy for motorcycles since his childhood. Later during his teenage years, he developed an interest in the Harley-Davidson motorcycles and bought his first bike in 2005. Cruiser motorcycles are not fast. They are mainly designed for group rides in the country roads.

Iranian cruiser motorcyclists are conformists fully observing the country’s rules. They are not affiliated with any illegal groups or organizations. They ride on the country roads in large numbers and view motorcycle riding as a lifestyle.

Robert and his friends do not care about their destinations. They are just crazy for the roads.

Here are Mehr’s photos of the motorcyclists and their café in Tehran: