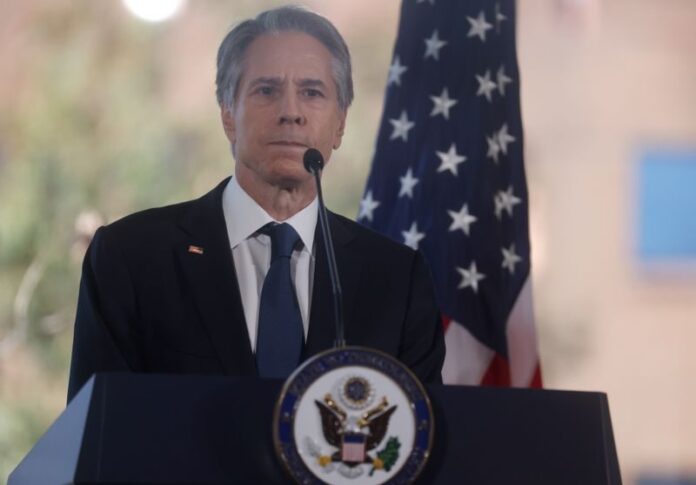 US Secretary of State Antony Blinken has stated the United States believe diplomacy is the best path forward to resolve the Iran’s nuclear issue.

Blinken said on Sunday that the US is “absolutely in lockstep together” with Germany, France, and the United Kingdom on coordinating a plan to get Iran back into a nuclear agreement.

“We continue to believe that diplomacy is the best way to deal with the challenges, the threat posed by Iran’s nuclear program,” Blinken stated on CNN’s “State of the Union”.

Speaking from Rome at the tail end of the G-20 conference, Blinken noted President Joe Biden has met with his German, French and British counterparts to discuss dealing with the threat of Iran’s nuclear program. The new coordination represents a shift in tone for the US, which was part of the international deal negotiated with Iran in 2015 but which, during President Donald Trump’s presidency, withdrew from the agreement. The Biden administration has announced it wants to be part of an agreement with Iran, but talks in Vienna have not resolved the outstanding issues.

The US has urged Iran to come back to nuclear talks in recent weeks following a hiatus caused by its government transition. While Tehran has indicated it will return to talks in Vienna before the end of November, the Biden administration has remained skeptical of Iran’s intentions.

“There’s still a window through which Iran can come back to the talks, and we can come back to mutual compliance with the agreement, and that would be the best result. But it really depends on whether Iran is serious about doing that,” Blinken added.

Blinken added that if Iran chooses not to “engage in a meaningful way and get back into compliance”, then the US and the other countries in the agreement — Russia and China were also part of the 2015 deal — will look “at all of the options necessary to deal with this problem”.

Asked in another Sunday interview — on CBS News’ “Face the Nation” — about what those other options might be and whether they could include military intervention, Blinken said “every option is on the table”.

He added, “And that’s why it was so important that we get together with our close partners in this effort. We are all very much on the same page in terms of the path forward. And we’ll see if Iran is serious.”

Tehran has stated it’s ready to restart talks to save the landmark agreement, but not under western pressure, and that talks should realize the rights of the Iranian people. Iran has stressed the United States must be first to return to its commitments under the nuclear deal and Washington must completely lift sanctions.

On Friday, the US Treasury Department imposed sanctions on four Iranian individuals and two entities, for their involvement in promoting the Unmanned Aerial Vehicle (UAV) programs of Iran’s Islamic Revolution Guards Corps (IRGC).

Tehran has stressed the sanctions send the message that the Biden administration that talks of returning to the nuclear deal, is not trustworthy. Iran has announced the imposition of new sanctions on the Islamic Republic shows a contradictory behavior on the part of the White House.