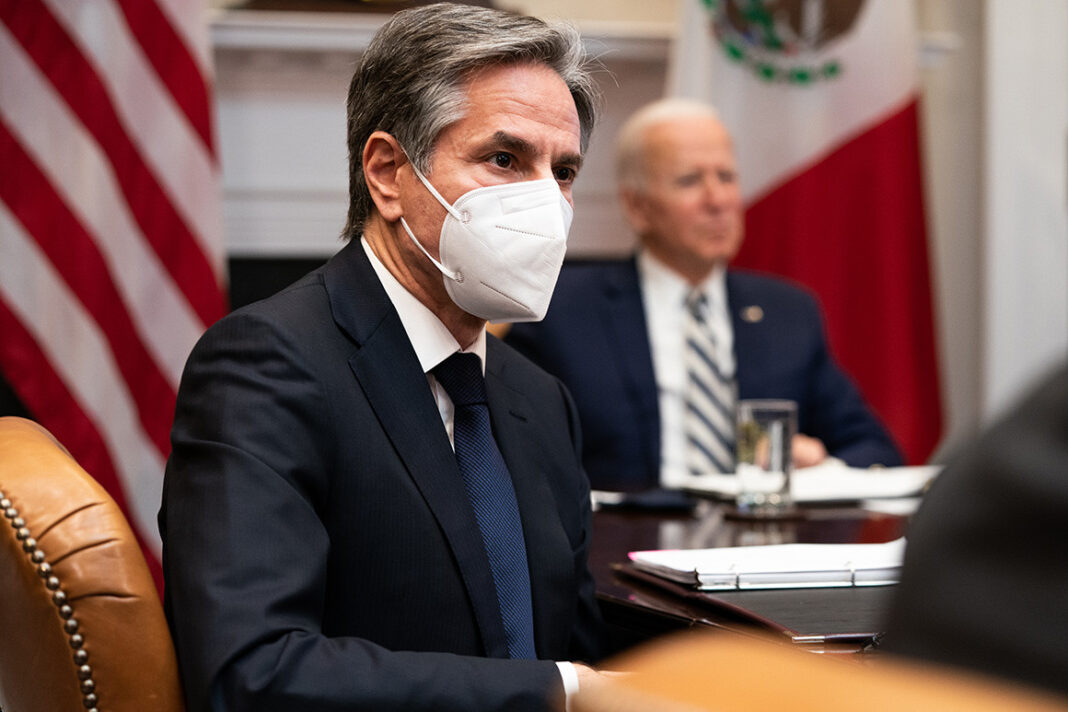 US Secretary of State Antony Blinken in a meeting with his counterparts from France, Germany and the UK discussed Iran's nuclear program and Russia's military activity near Ukraine, State Department Spokesperson Ned price said.

“Secretary Blinken and the Quad foreign ministers discussed the threats to Europe, including Russia’s concerning moves towards Ukraine,” he added.

Blinken and his counterparts also discussed their concerns over difficult efforts to revive the Joint Comprehensive Plan of Action (JCPOA) as the seventh round of talks continue in Vienna, Price stated.

Binken, according to Price, noted he looks forward to continuing talks on global challenges at the second G7 Foreign and Development Ministers’ Meeting in Liverpool from December 10 to 12.

After a five-month hiatus, diplomats on Monday resumed negotiations on reviving the nuclear deal, which then-US President Donald Trump abandoned in 2018 and reimposed harsh US economic sanctions.

Senior British, French and German diplomats, a group known as the E3, told reporters that this week would be key to determining whether Iran was serious about reviving the pact, though they also did not want to impose artificial deadlines.

“We are still waiting for a solid confirmation that the Iranian side is willing to start working there where we left off in June,” said a senior European diplomat, estimating that 70-80% of a draft agreement was completed in June.

“The next 48 hours will be quite important to know and to confirm that hopefully we can pick up there and get into very intensive working mode,” he continued, adding, “If they don’t show us that they’re serious this week, then we have a problem.”

The diplomat stressed that some of the most difficult issues were among the 20-30% that remain unresolved, including what to do about advanced centrifuges that Iran is using to enrich uranium in defiance of the original agreement.

Tehran has ruled out the introduction of new commitments in the ongoing talks with the remaining parties to the Iran nuclear deal in the Austrian capital, stating nothing less or more than the removal of sanctions is acceptable.

“Whatever is taking place in Vienna is intended for the removal of sanctions. Neither will we accept anything less, nor will take on any nuclear commitments beyond what has been stated in the JCPOA,” Saeed Khatibzadeh told IRNA on Tuesday.