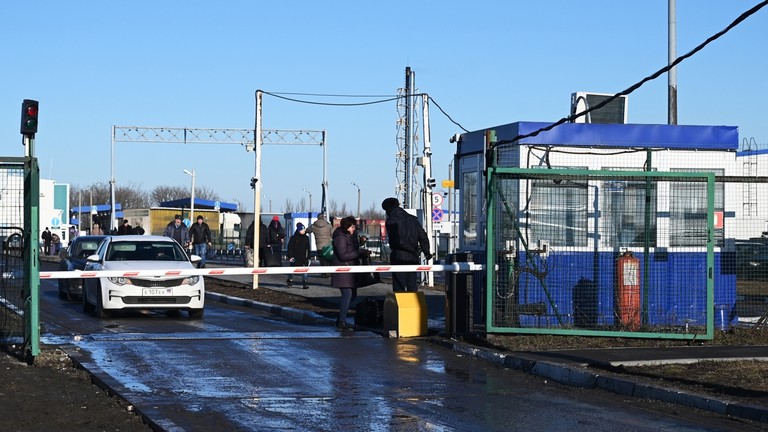 A shell has exploded on the Russian territory, close to the border with Ukraine, local media reported.

On Saturday, RIA Novosti wrote that a police source in the southern Rostov region had claimed authorities were responding to the detonation in a rural community in the area.

“The blast occurred at 4 am, 300 meters (984 feet) away from a house in the village of Mityakinskaya,” the official stated.

The incident reportedly occurred one kilometer (0.6 miles) from the border with the Donbass, much of which is controlled by the two self-declared breakaway republics of Donetsk and Lugansk.

The source noted there were no casualties or damage on the ground.

The Ukrainian Army and leaders from the two breakaway eastern regions have accused each other of massive shelling in violation of a signed ceasefire agreement, with a sharp spike in firefights reported over the past several hours.

Leaders in the self-proclaimed Donetsk People’s Republic (DPR) and Lugansk People’s Republic (LPR) announced that they would begin evacuating civilians to Russia on Friday in response to what they claim is an escalation in hostilities. It is unclear how many people will be relocated as part of the plans, and both regions declared that they were mobilizing their armed forces and calling up able-bodied men on Saturday for a potential conflict.

Two explosions rocked the city of Lugansk in eastern Ukraine late on Friday, a Sputnik news agency correspondent has reported. Local media have also confirmed that the first blast affected a pipeline in the area, resulting in a major fire. The second one reportedly took place at a gas station.

The reports of explosions come just hours after the neighboring city of Donetsk was rocked by another blast. It was caused by a car bomb, which targeted a vehicle belonging to the head of the people’s militia of the self-proclaimed Donetsk People’s Republic, and did not result in any casualties, according to RT.

It came as the US and NATO have accused Russia of intending to invade Ukraine. Moscow has repeatedly rejected the accusations as ‘fake news’. Both sides have accused the other of planning a ‘false-flag’ attack to create a pretext for a military operation.