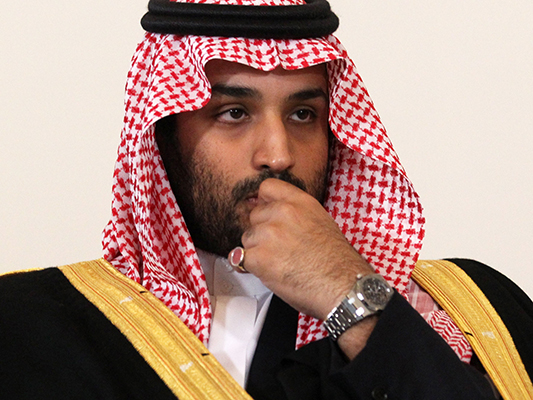 Political analyst Abdollah Ganji has, in an article published by the conservative Persian-language website Javan Online, weighed in on the process of change in Saudi Arabia. He believes bin Salman’s quest for modernism and the process he has started to secularize the government will finally lead to the amelioration of relations between Saudi Arabia and Iran. Still, Ganji believes the young prince has a challenging road ahead. The full text of the analytical piece follows.

Saudi Arabia’s 32-year-old Crown Prince Mohammad bin Salman, in an interview with New York Times, refers to a strange point and sheds light on the reasons behind Riyadh’s approaches over the past 38 years. He believes the religious essence of the Saudi government was influenced by the 1979 Islamic Revolution of Iran. He offers signs that the Saudi government was associated with non-religious behavior and symbols, including women not wearing the Islamic headscarf. Therefore, it can be said that the Al Saud dynasty has maintained its political life over the past four decades with “discretionary Islam.” Some may think that by painting an irreligious picture of Saudi Arabia’s not-too-distant-past, bin Salman is seeking to show that the Al Saud dynasty’s background has nothing to do with Muhammad ibn Abd al-Wahhab’s ideology. And by reviewing his recent moves, one can say that he is using Riyadh’s past picture as a beacon for Saudi Arabia’s future.

In other words, the Saudi heir to the throne offers an interpretation of history based on which he can set in motion the process of secularism in Saudi Arabia and bring to the fore reforms that would diminish the sensitivity of the West and the world about his position. This begs the question what alternative model the conservative religious Saudi regime is seeking. What is their new model, and how is it related to Saudi Arabia’s ecology as well as Iran’s future? A secular government, which is favoured by the West, definitely cannot be manifested within the family-democracy framework, and secularism basically cannot be the main source of power in societies today. Therefore, one can believe the Saudi regime is moving toward a secular system only when the new system is unveiled. The first condition for the alternative system is that it has to be a liberal-democrat one. Removing the Al Saud family from the power structure and accepting the rule of a nation will amount to a constitutional government.

In order to move toward the West’s green light, the young prince is facing two challenges; first, Wahhabi scholars, who are present in Mecca and Medina, not only consider themselves as the legitimate authorities to assume power in Saudi Arabia, but are under the illusion that they should assume the religious leadership of Sunni Muslims around the world. So, the monarchial nature of the clerical system in Saudi Arabia will face serious challenges. The clergy in the ruling system see that their religious rule has been eliminated, and hence they will opt for resistance to defend their past. The conflict will drag on for so long. However, Saudi Arabia’s young and educated population as well as the reactionary performance of the clergy in the ruling system indicates that bin Salman feels he will be able to break this barrier easily. The second challenge is the aristocrats in the Saudi society, who are relevant in the context of a monarchial system, but under the new model, they will be controlled by social pressure and the question “Where did you bring all that wealth” will be the order of the day as part of efforts to eliminate aristocracy.

What is prompting bin Salman to go for a non-religious system is not only the West’s pressure and its modern standards of human life. In fact, in order to counter accusations of being underdeveloped, the Al Saud rulers sent many of the youth to Western countries to continue their education. Moreover, Saudi rulers tried to show off the symbols of renovation and modernization in society.

That is why higher education, especially the Western classical humanities, was promoted, reflecting the “hidden secularism” among the middle class in Saudi Arabia. Salman seeks start the new phase through the support of this very class and under the pretext of paying attention to the middle class.

Definitely, the future of Iran-Saudi Arabia relations will become more relaxed based on the new perspective because the so-called ideology ruling the Al Saud dynasty is a hollow one and, unlike our belief, is not and an ideology at all. Rather, it is a historical move against Shiite beliefs, which will lose ground in the new atmosphere. In that case, it would be possible to preserve and revive the legacy of Islam’s civilization on the Arabian Peninsula, especially the legacy of Shiites and of other parts of Saudi Arabia, in interaction with a secular system. The beliefs of other Islamic denominations will probably be recognized, and the spread of Takfiri ideology to the Muslim world will gradually stop. Definitely, the Al Saud rulers’ non-conformity with the current “negative ideology” will pave the way for better cooperation between Iran and Saudi Arabia. Possible future hurdles to Tehran-Riyadh relations will not be ideological, but it will be their political links with the West, especially the US, that can improve relations.