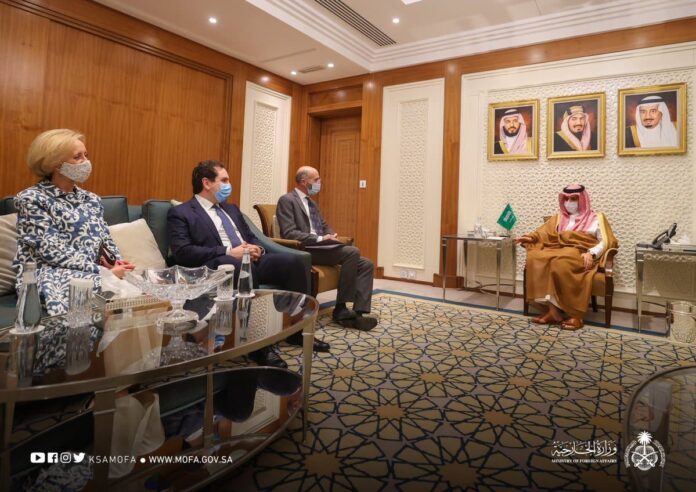 US Special Envoy for Iran Robert Malley will hold a meeting on Friday in Paris with French, German and British senior officials to discuss the nuclear negotiations with Iran. It comes after a four-day visit by the US envoy to the Persian Gulf.

The nuclear talks have been stalled since June, and America’s Arab partners are extremely concerned by Iran’s nuclear advances in recent months. Several Arab countries, including Saudi Arabia, are engaging with Tehran to try to de-escalate regional tensions.

The next stop was Doha where they met Qatari Foreign Minister Mohammed bin Abdulrahman Al Thani, who had spoken a day earlier to his Iranian counterpart.

Malley then moved on to Saudi Arabia — the most important stop on the trip considering the strained US-Saudi relationship and the ongoing Saudi-Iranian dialogue. He discussed Iran’s nuclear program and regional activity with Foreign Minister Faisal bin Farhan, per the official Saudi news agency.

Malley also spoke by phone with the Foreign Minister of Bahrain.

Meanwhile back in Washington, Secretary of State Antony Blinken met on Tuesday with the head of the UN’s nuclear watchdog, Rafael Grossi, to discuss Iran’s nuclear program.

Iranian President Ebrahim Raisi stated on Monday that Tehran has never left the negotiating table and is serious about the nuclear talks.

“For the other side, a readiness to lift sanctions can be a sign of their seriousness,” he noted.

The US and its European allies have accused the Iranians of wasting time and warned that their patience is not unlimited.

Iranian Foreign Minister Hossein Amir-Abdollahian told the UN secretary-general in a phone call on Tuesday that Iran’s chief nuclear negotiator, Ali Bagheri, would travel to Brussels next week for talks with EU political director Enrique Mora, who is coordinating the nuclear negotiations.

It’s unclear if and when the sides will return to Vienna.