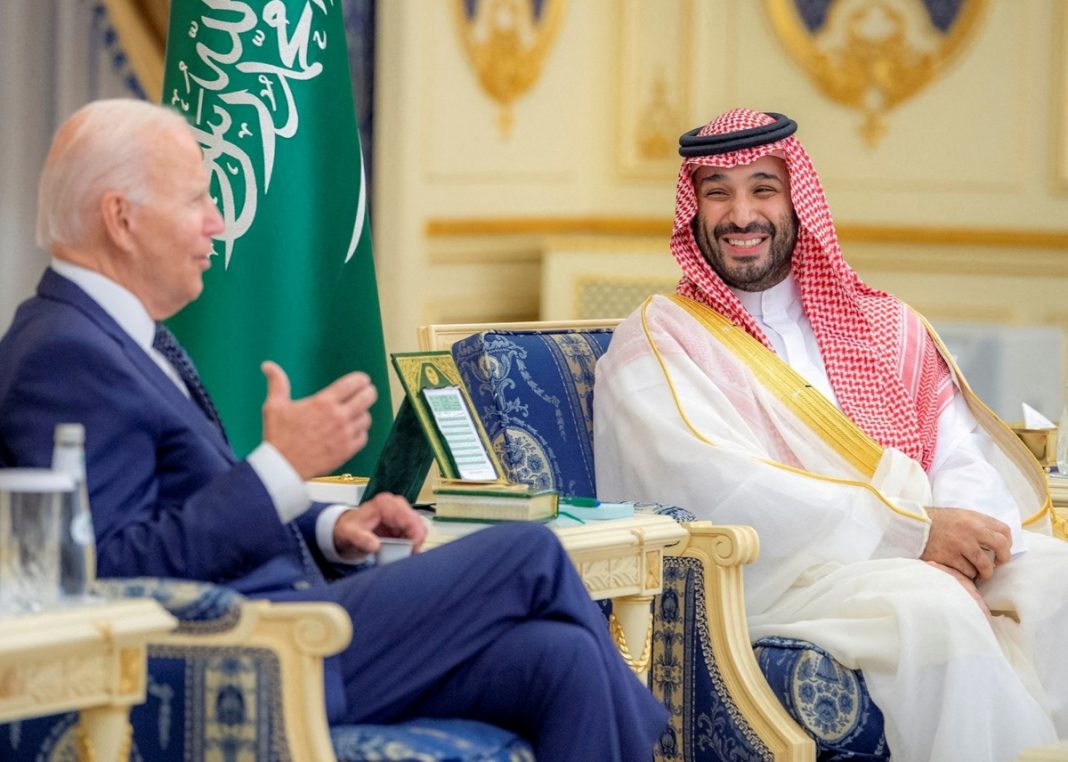 US President Joe Biden hints the foreign minister of Saudi Arabia was not truthful in his account of the US leader’s meeting with the kingdom’s crown prince, Mohammed bin Salman (MbS).

Biden was referring to comments made by Adel al-Jubeir, who told Fox News he did not “hear” the US president tell MbS that he directly blamed him for the killing of journalist Jamal Khashoggi during their discussion in Jeddah on Friday.

“The president mentioned that the US is committed to human rights because since the founding fathers wrote the constitution and he also made the point that American presidents – this is part of the agenda of every American president,” he added.

Upon returning to the White House early on Sunday after his four-day Middle East trip, Biden was asked by reporters if al-Jubeir was telling the truth in recounting his exchange with MbS. Biden pointedly replied: “No.”

Biden, who visited Saudi Arabia, Israel and the occupied West Bank in his first trip to the region as US president, previously told reporters he brought up Khashoggi’s killing at the top of his initial meeting with the Saudi crown prince.

He said he “indicated” to MbS that he held him “personally responsible” for the 2018 killing. He added that MbS repeatedly denied responsibility during their meeting.

Al-Jubeir, in an earlier interview with the Reuters news agency, stated Biden “raised the issue … and the crown prince responded that this was a painful episode for Saudi Arabia and that it was a terrible mistake”.

The Saudi minister added that Riyadh has taken steps to prevent similar mistakes in the future, while maintaining the long-held stance that the killing was a rogue operation that took place without the knowledge of MbS or any top officials.

The US intelligence community has concluded that MbS had “approved an operation” to capture or kill Khashoggi prior to his murder in the Saudi consulate in Istanbul.

The latest back-and-forth underscores the continued complexity of Biden’s decision to visit Saudi Arabia, a country he had promised to isolate in the wake of Khashoggi’s killing. That was before rising inflation and sky-high domestic fuel prices, spurred by the Russian invasion of Ukraine in February, pushed Washington closer to leading oil-producing allies such as Riyadh.

On Saturday, MbS noted the kingdom would increase per day oil production from 11 million barrels to 13 million, “after which the kingdom will not have any additional capacity to increase production”.

That came as Washington and Riyadh, in a joint statement, pledged to help stabilise global energy markets.

The Biden administration has maintained the trip’s main focus was not oil prices, but to reassure allies that Washington has not turned away from the region and will not leave a power vacuum for Russia, China or Iran.

It has also emphasised the trip was meant to support steps towards normalising relations between Saudi Arabia and Israel, which included Riyadh opening its airspace to all civilian carriers, including flights to and from Israel, on Friday.

Still, it remained unclear if the modest gains and agreements reached between Washington and Riyadh would allay criticism that the visit represents a backslide for human rights in the US foreign policy.

Biden continues to face a chorus of criticism for fist-bumping MbS upon arriving in Jeddah, with Washington Post publisher Fred Ryan saying the gesture “gave MbS the unwarranted redemption he has been desperately seeking”.

When asked by reporters on Sunday if he regretted the greeting, Biden responded: “Why don’t you guys talk about something that matters? I am happy to answer a question that matters.”