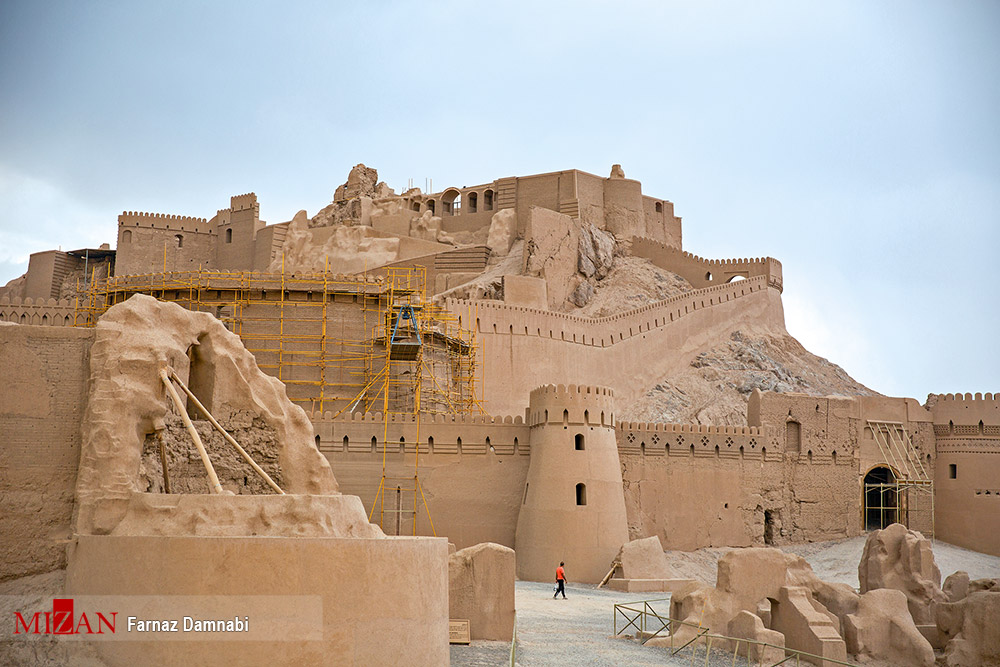 The Arg-e Bam or Bam Citadel was almost completely destroyed by an earthquake on December 26, 2003, along with much of the rest of Bam and its environs.

The 2003 earthquake caused the collapse of various sections of the Governor’s Quarters and the upper parts of the defence walls. Notwithstanding, much of the lost fabric was from modern restorations.

The materials found at the older levels are well preserved and have now been revealed. The traditional culture for architecture and the city plan have also been preserved, including the continuity in workmanship and know-how for earthen architecture construction.

Following the earthquake, a team of experts coordinated by the UNESCO Tehran Cluster Office and Iran’s Cultural Heritage Organization prepared a Comprehensive Management Plan, 2008-2017, which covers the World Heritage property and was developed through a process involving the local authorities of the County, the five Districts and the municipalities of Bam and Baravat.

The new urban master plan for the reconstruction of the City of Bam, prepared in 2004, respects the original street pattern.

What follows are new photos of the citadel, 17 years after the tragic earthquake which killed thousands of people: