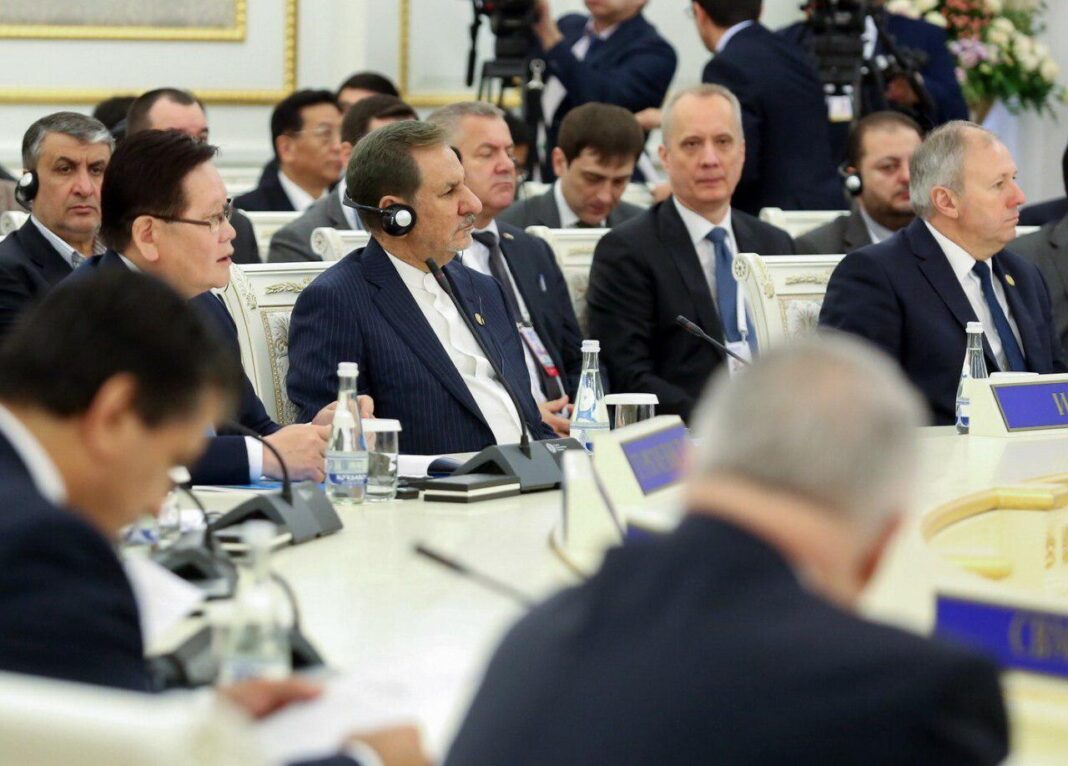 Iranian First Vice President Es’haq Jahangiri says the survival of the 2015 nuclear deal is only possible through a balance in the fulfillment of obligations by all parties and Iran’s enjoyment form the JCPOA’s economic benefits.

He made the remarks at the 18th meeting of the Council of Heads of Governments (Prime Ministers) of the Shanghai Cooperation Organization in Uzbekistan on Saturday.

After US withdrawal from the Joint Comprehensive Plan of Action (JCPOA), Iran has declared its readiness to continue talks with the other parties of JCPOA, he said, adding that Iran has begun the process of halting its nuclear commitments in accordance with the JCPOA after a year, declaring that if the other sides fulfill their obligations, Iran will resume its nuclear obligations under the JCPOA again.

The JCPOA was an efficient and successful model of multilateral diplomacy in the framework of Iran’s long and difficult negotiations with six influential world powers, he said.

The current US government withdrew from the JCPOA in an unprecedented way and has since imposed economic sanctions on Iran, through its financial, banking, domestic laws, and technology, to block the economic cooperation of all countries in the world with Iran, Jahangiri added.

The US’ unilateral acts to impose cruel sanctions on the Iranian nation are a clear case of economic terrorism and violation of the international law principles and the United Nations Charter, he highlighted, saying that therefore the international communities are responsible.

Emphasizing Iran’s interest in regional cooperation, Jahangiri mentioned that regional organizations play an important role in advancing a multilateral approach in the international system and the Shanghai Cooperation Organization can be a pioneer in this regard.

He said Iran is also interested in becoming a key member of the Organization, pointing out that the Shanghai Cooperation Organization has a great capacity for economic, political and security cooperation and the member-states of the organization can rely on these capacities, and expand partnerships.

Iran attaches importance to regional and international cooperation in the fight against terrorism and establishment of international peace and security, he noted, adding that Iran emphasizes the collective confrontation with this criminal phenomenon and considers its commitment to combating terrorism and striving for a world free of violence and extremism.

Hormuz Peace Endeavour (HOPE) proposed by the President of Iran at the UN General Assembly is a good opportunity to achieve lasting peace, cooperation and partnership among the regional countries, ensuring the security of energy, shipping and world trade with the region, the Iranian VP said, adding Iran expects the support of international community and regional organizations for HOPE

Jahangiri left Tehran for Tashkent, the capital of Uzbekistan, on Friday, November 1 in order to attend the 18th meeting of the Council of Heads of Government (Prime Ministers) of the Shanghai Cooperation Organization.

The Shanghai Cooperation Organization (SCO) is a permanent intergovernmental international organization, the creation of which was announced on 15 June 2001 in Shanghai (China) by Kazakhstan, China, Kyrgyzstan, Russia, Tajikistan, and Uzbekistan.