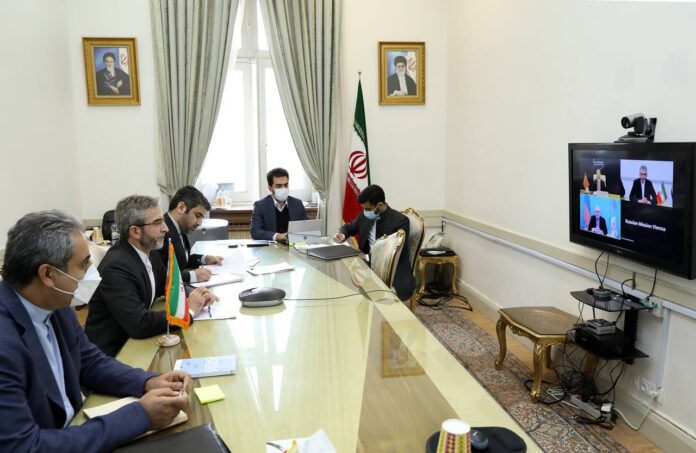 Top Iranian nuclear negotiator says removal of illegal U.S. sanctions is a key necessity and a high priority for the forthcoming talks in Vienna.

During this video call, the Iranian deputy foreign minister referred to the ties between the Islamic Republic of Iran, the Russian Federation and the People’s Republic of China and the alignment of the three countries’ positions on different international issues.

Bagheri said it is necessary that all sanctions contrary to the Joint Comprehensive Plan of Action be removed and actions contrary to resolution 2231 be reversed in a verifiable manner and in line with Iran’s economic benefits from the normalization of its economic and trade relations. He described this as a necessary condition for the success of the forthcoming negotiations.

In this video call, the deputy foreign ministers of Russia and China emphasized the need for continued consultations and coordination among the three countries on different issues. They said the U.S. unilateral move to violate the agreement and re-impose sanctions against Iran is the main cause of current problems in implementing the agreement between Iran and the P5+1.