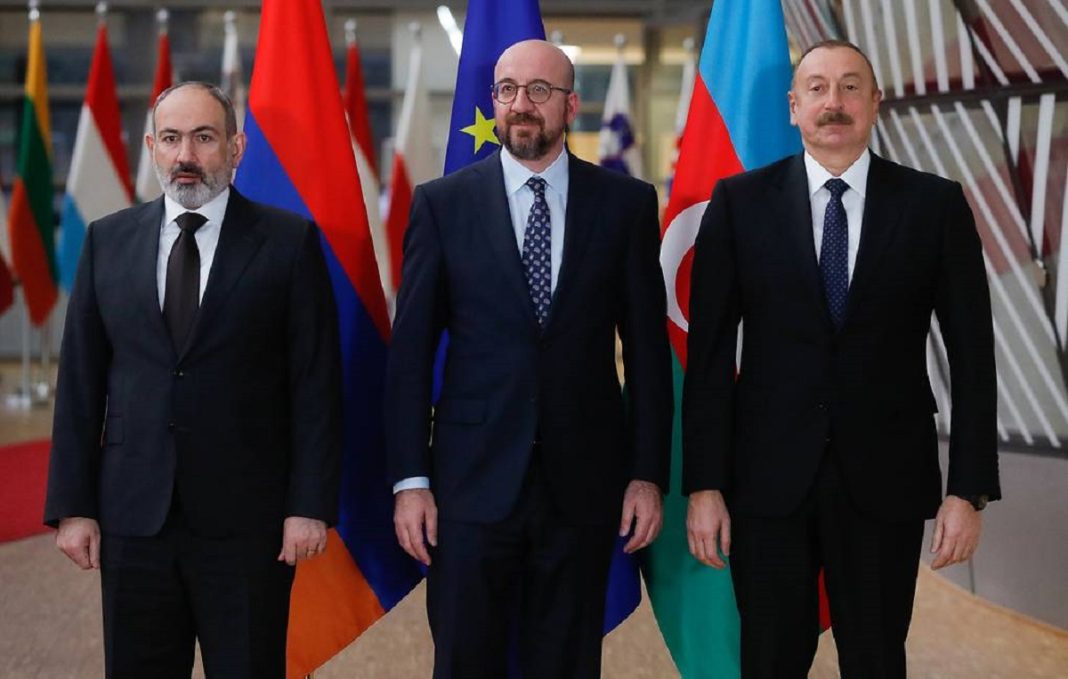 Azerbaijan's President Ilham Aliyev has canceled a planned meeting with Armenian Prime Minister Nikol Pashinyan in Brussels next month over Yerevan’s demand for the French leader mediation between the two sides.

Aliyev announced on Friday that he would not meet Pashinyan in the Belgian capital on December 7 after accusing the Armenian leader of trying to undermine the next stage of peace talks by insisting that France must act as a broker between Baku and Yerevan in the long-running dispute over the Nagorno-Karabakh region.

Azerbaijan has previously accused France of backing Armenia in the two countries’ decades-long conflict over the breakaway region.

Speaking at an international conference in Baku, Aliyev said Pashinyan “agreed to the meeting only on condition” that Macron takes part.

“That means the meeting will not take place,” he added.

Accusing Pashinyan of attempting to “scupper the peace talks,” Aliyev stated the French leader had adopted an “anti-Azerbaijan position” and was “insulting” Baku.

“It is clear that under these circumstances, with this attitude, France cannot be part of the peace process between Azerbaijan and Armenia,” Azerbaijan’s president continued.

Last month, Macron and European Council President Charles Michel attended a meeting between Aliyev and Pashinyan in Prague to discuss ways to resolve the conflict between the two neighbors, with the Armenian foreign ministry saying the next meeting in Brussels should have the “same” format.

Aliyev denounced at the time as “unacceptable and biased” a comment from Macron that “Azerbaijan launched a terrible war, with many deaths, (and) atrocious scenes.”

The ex-Soviet countries have been locked in a decades-old conflict over the Nagorno-Karabakh region, which is internationally recognized to be part of Azerbaijan, but has a primarily Armenian population that has resisted Azerbaijani rule since a separatist war that ended in 1994.

In September, simmering tensions between the estranged neighbors caused a fresh escalation over the region, leaving nearly 286 people dead on both sides.

The clashes took place despite agreements in both 2020 and 2021 to find a peaceful solution and ended with a US-brokered ceasefire, after earlier failed attempts to negotiate a truce.

This was the most recent conflict between the countries since more than 6,500 were killed during a six-week war in autumn of 2020.

The war ended with a Russian-brokered deal that saw Yerevan cede swathes of territory that it had been controlling for several decades.