Australia’s Most Wanted Terrorist and ISIS Fighter Detained in Turkey 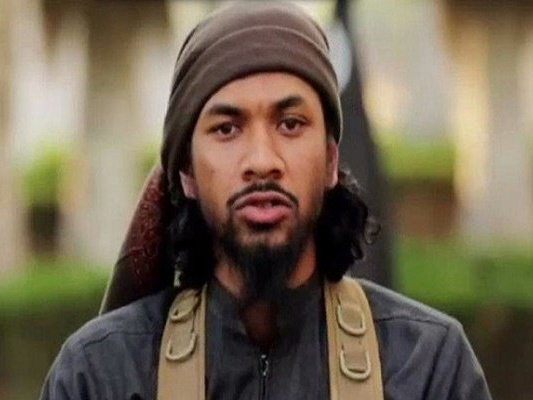 According to a report covered by Iran’s Mehr News, Prakash was earlier reported to have been killed in a drone strike earlier this year.

But Neil Prakash was alive, and headed across Iraq to the Turkish border using a fake passport after recovering from his injuries, Daily Telegraph reported.

He was unaware Australian spies and US intelligence agencies were on the case, and tracked him for seven months before his arrest.

Australian and Turkish officials were waiting for him at the border and captured him at gunpoint earlier this month.

Prakash – who used the name Abu Khaled Al-Cambodi – is not believed to have been travelling alone, and may have been with his Indonesian-born wife.

Prakash was a key part of Islamic State propaganda and he is linked to several failed Australian terror plots to kill innocent people.

He was linked to a failed Melbourne plot to behead a police officer on Anzac Day last year and to Numan Haider, an 18-year-old who was killed after stabbing two police officers in Melbourne in 2014.

Prakash was a chief recruiter and plotter for ISIS, Daily Mail reported.

He was arrested by Turkish authorities several weeks ago after being contacted by Australian officials who believed they had intelligence he was planning to enter the country.

Prakash, who left Melbourne in 2013, had also appeared in IS propaganda videos and magazines.

Australia is still awaiting a response from Turkey regarding Prakash.

If he returns to Australia, he will most likely be kept in maximum security at the Goulburn Supermax or a new anti-terror facility in Sydney’s Long Bay Correctional Centre, ABC News reported.