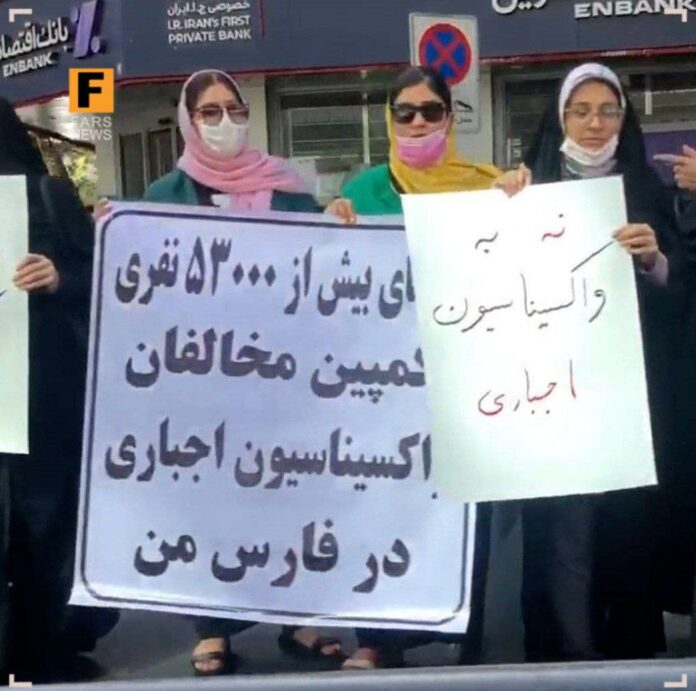 A group of anti-vaccine protesters have rallied outside the Iranian Interior Ministry in Tehran.

The protesters chanted slogans against mandatory vaccination, calling on the government to refrain from compulsory inoculations.

Campaigners say an online petition opposing any mandatory program has been signed by over 53,000 Iranians.

In countries that have vaccinated a high percentage of their population against COVID-19, people who refuse to get the shot are widely blamed for rises in the number of infections and fatalities.

Iran has fully vaccinated a small percentage of its population but it has sped up its campaign over the past weeks.