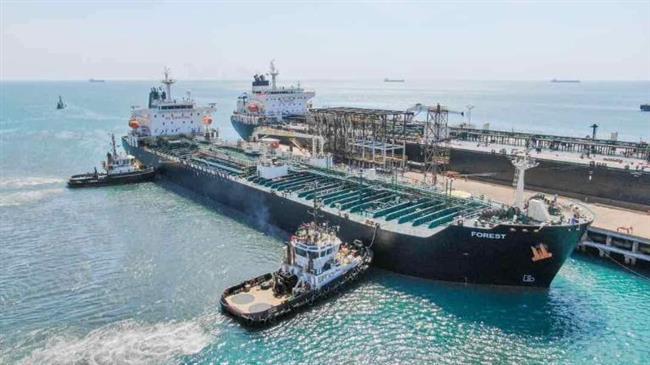 The first tanker of a three-vessel Iranian flotilla carrying much-needed fuel for Venezuela has entered waters of the South American country in clear defiance of sanctions imposed on both countries by the US.

According to Refinitiv Eikon vessel tracking data, the Iran-flagged tanker Forest, which is transporting some 270,000 barrels of fuel loaded in the Middle East, entered Venezuela’s exclusive economic zone around 8:05 a.m. local time (1205 GMT) on Monday with no disturbances.

Two other Iranian tankers — the Faxon and the Fortune — are following the same route and are crossing the Atlantic Ocean. They are scheduled to arrive in Venezuela’s waters in early October.

The Iranian vessels are expected to jointly deliver about 820,000 barrels of gasoline and other motor fuels to Venezuela.

Five Iranian vessels had made a previous fuel delivery to Venezuela between May and June.

Iran’s fuel shipments have drawn the ire of the US, which has imposed draconian sanctions on the two states with the aim of chocking their oil trade.

On June 24, US Secretary of State Mike Pompeo announced sanctions on five Iranian ship captains who delivered oil to Venezuela.

He warned mariners against doing business with the government of Venezuelan President Nicolas Maduro and said, “As a result of today’s sanctions, these captains’ assets will be blocked. Their careers and prospects will suffer from this designation.”

Iran slammed the US sanctions, saying such moves would not keep Tehran and Caracas from defying Washington’s sanctions against both nations.

The two OPEC-member countries have taken major steps to promote bilateral trade this year by exchanging crude, fuel, food, equipment for refineries and other industrial goods.