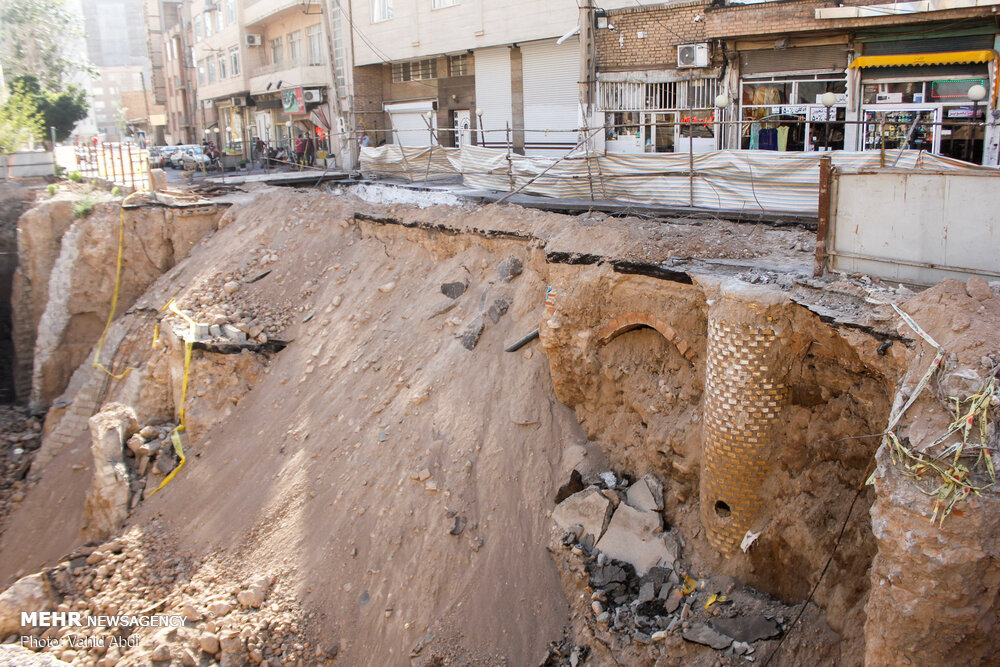 Following excavation work during the course of a development project, signs of the ancient quarter of the city of Tabriz in northwestern Iranian province of East Azarbaijan were unearthed.

An expert says the traces dug out can definitely be part of the old district of Tabriz.

“The nature of these traces is not clear yet, but the structure looks like an underground water canal, and there is a possibility that it could belong to a minaret,” said Karim Meimanatnejad, a historian and researcher.

He added the new Tabriz was constructed on the old one, which was destroyed in the 1780 earthquake.

He said the then ruler of Tabriz built the new structures on the old, destroyed ones because the people of Tabriz were very attached to the city, and at the same time it was difficult to remove the debris.

“So, there is a possibility that historical items belonging to Old Tabriz will be discovered during excavations and other construction work, especially in the centre of the city,” he noted.