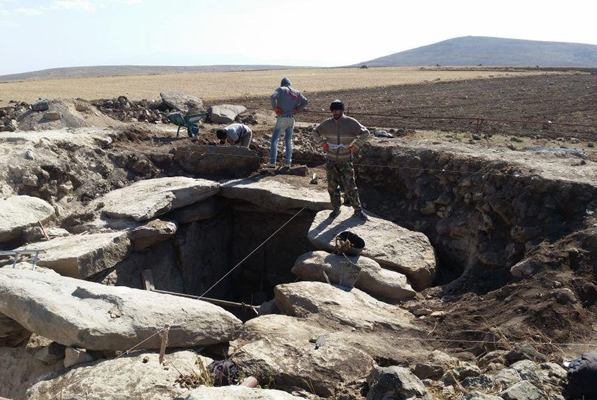 An ancient mud-brick tumulus has been discovered in the town of Meshginshar in Ardabil province, northwestern Iran.

“The tumulus belongs to the Iron Age and the first millennium BCE. It boasts mud-brick architecture and rectangular burial chambers,” said Naader Fallahi, the director general of the provincial department of Cultural Heritage, Handicrafts and Tourism.

“The area around the mud-brick tombs are covered with rubble stones,” he said.

“The graves are covered with mud bricks, and finally with a large piece of rock measuring more than 2 metres in length,” the official added.

He underlined the area is built in the shape of a hill to be protected from natural disasters and man-made incidents.

According to the official, the tumulus is likely to date back to the time when the Scythians lived in the area.

He says it is the first time that tombs with such structures have been discovered in the country.

Tumuli are hillocks, barrows or mounds used as tombs. They are normally made of wood. The most ancient tumuli discovered so far date back to the 4th millennium BCE. They were found in northern Caucasus and belong to Indo-European people.

Tumuli are mostly distributed across an area stretching from the Black Sea to Lake Baikal.