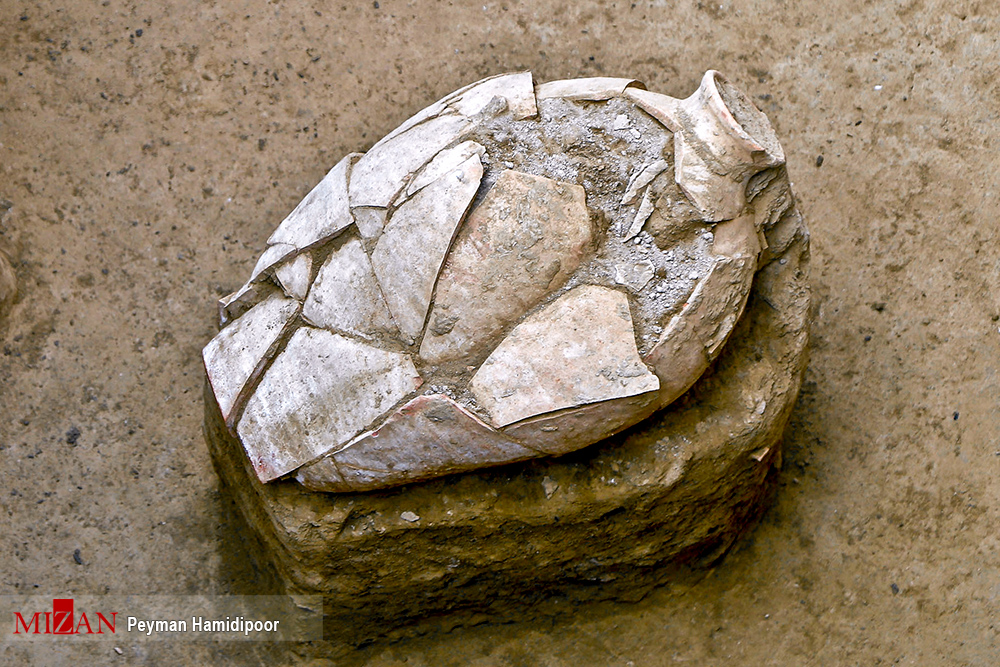 Several clay stamps dating back to the Achaemenid and Parthian eras have been dug out in archaeological excavations in northeastern Iran.

The discovery was made on a historical hill called Rivi in northeastern North Khorasan province when Iranian and German archaeologists were examining the site.

“These stamps were found next to jars in a big hall,” says Mohammad-Javad Jafari, the head of the team of archaeologists working at the site.

“These stamps bear different geometric shapes as well as patterns of plants, animals and humans whose examination can offer very important information on the economy, culture, art and social phenomena of historical societies,” he says.

The archaeologist says these stamps indicate the existence of extensive economic relations between the local community and other peoples at the time, which made it all the more necessary for them to store goods.

He says people at the time apparently stored commodities in the jars and marked them with these stamps as signature before tying the jars together with a rope.

“Each and every one of the patterns imprinted on the seals is a very specific mark which can help study the economic network of the time and get to know the social strata,” he says.

The chief of German archaeologists working alongside their Iranian peers at the site also says the discovery of the stamps and jars during the seventh round of international excavations in a large clay building shows a network of warehouses and extensive economic transactions existed between locals and residents of other nearby settlements.

She says a large hall discovered at the site was used as a warehouse where big jars of food were kept.

According to the German archaeologist, stamps are used nowadays to seal some important documents and mail packages, but they have their roots in ancient times when stamps were used to mark commodities.

The historical Rivi site dates back some 3,500 years. It was registered on Iran’s list of national heritage sites in 1967 and is regarded as one of the most significant historical sites in northeast of the country. The site is home to archaeological relics from different historical eras.

The most important historical eras where the site was inhabited by people are the Achaemenid, Parthian and Sassanid eras.