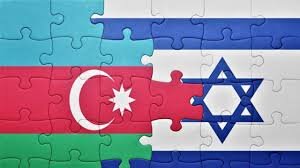 Tehran-based political and international relations expert Hassan Beheshtipour believes that Israel has created tensions on the border between Iran and the Republic of Azerbaijan because Tel Aviv has failed to rally international support for its pressure campaign against Tehran over its nuclear program.

“The Israelis, who found out that they could not advance the anti-Iranian diplomatic campaign in the nuclear case, are now seeking to thwart Iran’s policy of expanding relations with neighboring countries, a policy that has been formally announced by the new administration in Tehran,” Beheshtipour noted, in an exclusive interview with the Iranian Students News Agency (ISNA).

He said the Iranian Army’s recent military drills in the northwest sent a very clear message to Azeri President Ilham Aliyev who has been “instigated by Tel Aviv”.

Beheshtipour  added, however, that Iran can simultaneously put its military might on display, and deal with current problems through diplomatic channels.

“Let’s not forget that the trilateral meetings of the foreign ministers and presidents of Iran, Azerbaijan and Turkey in recent years have helped resolve many problems in relations,” Beheshtipour said.

The political and international relations expert said by devising new initiatives, Iran must not allow Israel and the United States to sow discord in the region to pave the way for another war.