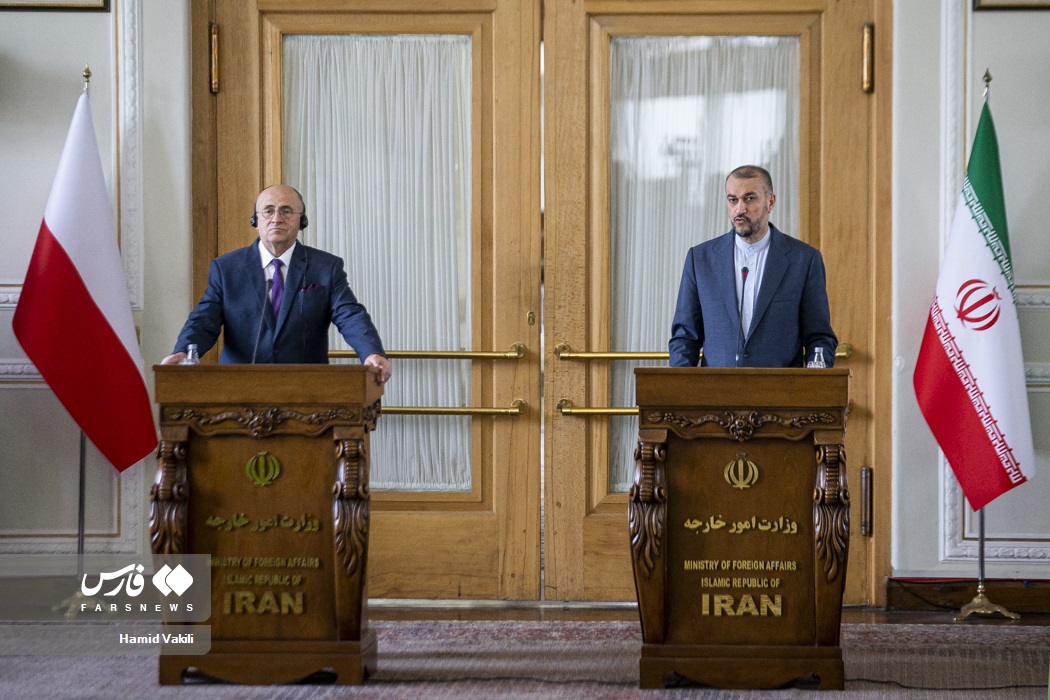 Speaking at a meeting with his Polish counterpart Zbigniew Rau in Tehran on Sunday, Amir Abdollahian reaffirmed the Islamic Republic of Iran’s stance and said Tehran is opposed to war in Ukraine just as in Yemen, Iraq or anywhere else.

The top Iranian diplomat also spoke of the ties between Iran and Poland.

He said the relations are long-time and historic and date back 540 years.

Amir Abdollahian said, “This is a great asset for the Tehran-Warsaw relations and consultations between these two countries of West Asia and Eastern Europe is highly important given their important geographical location”.

He also hailed Poland’s humanitarian role in the Ukraine war for both displaced Ukrainians and the nationals of the Islamic republic of Iran whom Warsaw helped to return to Iran during the initial days of the conflict.

“We thank the Ukrainian government officials for this”, said Amir Abdollahian.

The foreign minister of Iran noted that the two countries have a huge potential to expand their economic ties and that Tehran and Warsaw have agreed in recent days to hold a new session of their joint political committee at the level of deputy foreign ministers within three months.

Amri Abdollahain also said he and Rau agreed that it is important to expand energy, technological and scientific cooperation and to work together toward producing heavy vehicles like buses and trucks.

He added that other spheres of cooperation are nuclear medicine and exchange of students.