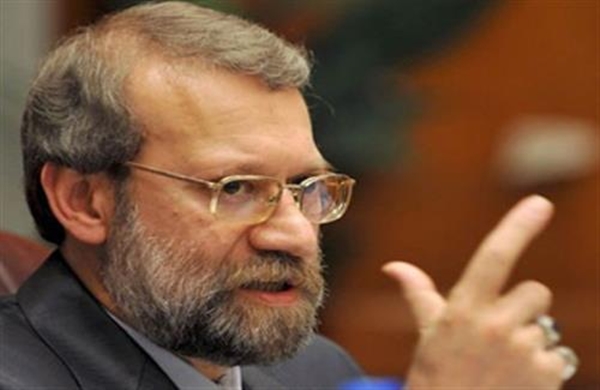 Speaker of Iran’s Parliament Ali Larijani believes that the United States is not at all dissatisfied with an ongoing tension between Tehran and Riyadh.

“Americans do not dislike the fire flaring up between Iran and Saudi Arabia, and want it to continue,” Larijani said in an address to a ceremony on Tuesday, June 28.

“Americans may express concern over the conflict between Iran and Saudi Arabia on the surface, but we don’t see any action taken by the US; […] their main objective is to put the Islamic Republic of Iran under pressure,” he noted.

“Westerns want to have a powerful military presence in the Middle East while implementing the nuclear deal with Iran,” Larijani said.

“On the other hand, they want to prevent Iran’s presence in the Middle East; therefore, they give guarantees to certain regional states, particularly Saudi Arabia, and sell huge amounts of weapons to some countries like Saudis,” he added.

Saudi Arabia Stirring Crisis in Region for Failure in Yemen

Larijani also rapped Riyadh for fomenting crisis and tension in the region, saying Riyadh has even contacted terrorist groups in Eastern Iran to cause insecurity in the country.

“Saudis don’t have any way but to stir crisis in the region for their failure in Yemen and hopelessness resulted from their diplomatic behavior,” he said.

“They have created crises for certain regional states and are pursuing disintegration of some other states,” he added.