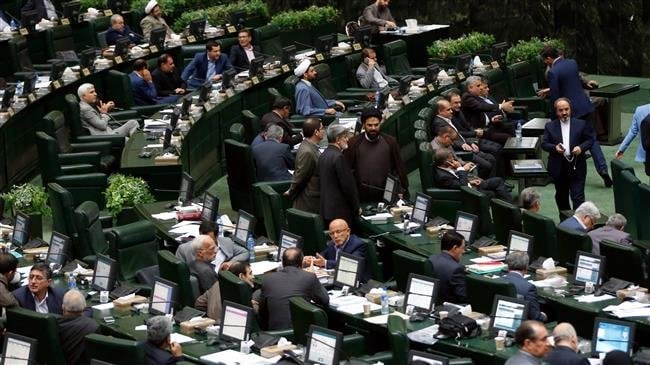 Iran's Parliament has given the vote of confidence to all candidates proposed by President Hassan Rouhani to fill in the four vacant ministerial positions.

After extensive debates during the Parliament’s sessions on Saturday, Rouhani’s picks for the four ministries obtained the green light from the Iranian lawmakers.

The confidence vote session in the parliament was extended to the evening when lawmakers decided to go on with discussions about the nominees for ministry posts.

President Hassan Rouhani addressed members of the parliament in the morning session where he defended his administration’s economic records while he also hailed Iran’s political success to defuse unilateral US sanctions against the country.

Rouhani said it was a great success that Iran had managed to preserve a 2015 nuclear agreement with world powers despite Washington’s decision to withdraw from the agreement.

“In the past weeks and months, we witnessed the decisive and unprecedented victory of the Iranian nation against US plots,” said Rouhani in his speech to the lawmakers, adding, “It does not happen often that the US makes an important decision in the world against a big country and traditional allies of the US turn their back on it.”

Iranian parliament is the sole legislative body within Iran’s system of governance.

The 290-member chamber can impeach the president and members of his cabinet.