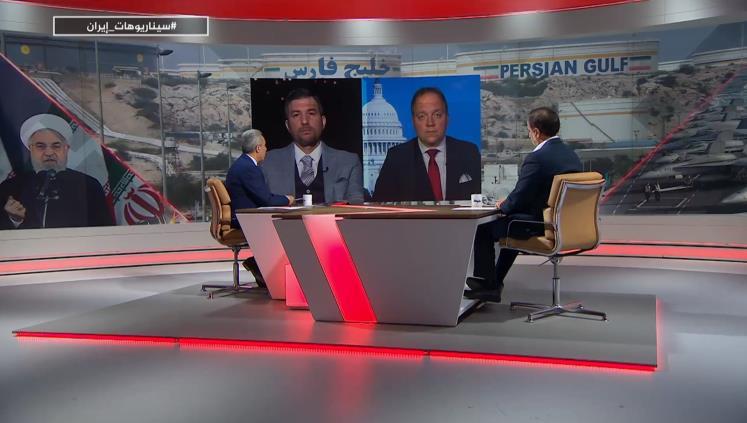 Al Jazeera TV's political talk show known as “Scenarios”, which is one of the most important political programs in the Arab world, has defied the insistence of certain Arab leaders on using a fake name for the Persian Gulf.

During the program, the name “Persian Gulf” attracted much attention on its video wall, as it was screened in English and Arabic languages in the background.

Undoubtedly, this is a very significant development that will not be liked by Saudi Arabia, the UAE, Bahrain and some other Arab countries.

According to Iranian expert Massoud Asadollahi, this decision was made before the program goes on air and it was not a mistake. Because before the program began, the host said the title has been chosen although they know by broadcasting this image they will be severely attacked in the Arab world.

Al Jazeera is the most prestigious media outlet in the Arab world and one of the most promising news networks in the world. Despite having some orientations against Iran at the beginning of its activity, the channel has recently had a more positive outlook towards Iran.

Another thing to note is that in the wake of the tension between Qatar and the four countries of Saudi Arabia, the UAE, Bahrain and Egypt, the closure of the Al-Jazeera network and all its branches was one of the conditions of these countries to re-establish ties with Doha.

In the aftermath of the murder of Saudi journalist Jamal Khashoggi, the news network played a significant role in exposing the facts about the Saudis’ role in his murder.

Al Jazeera, also known as JSC (Jazeera Satellite Channel), is a state-funded broadcaster in Doha, Qatar, owned by the Al Jazeera Media Network. Initially launched as an Arabic news and current-affairs satellite TV channel, Al Jazeera has since expanded into a network with several outlets, including the Internet and specialty television channels in multiple languages.

Al Jazeera Media Network is a major global news organization, with 80 bureaus around the world.