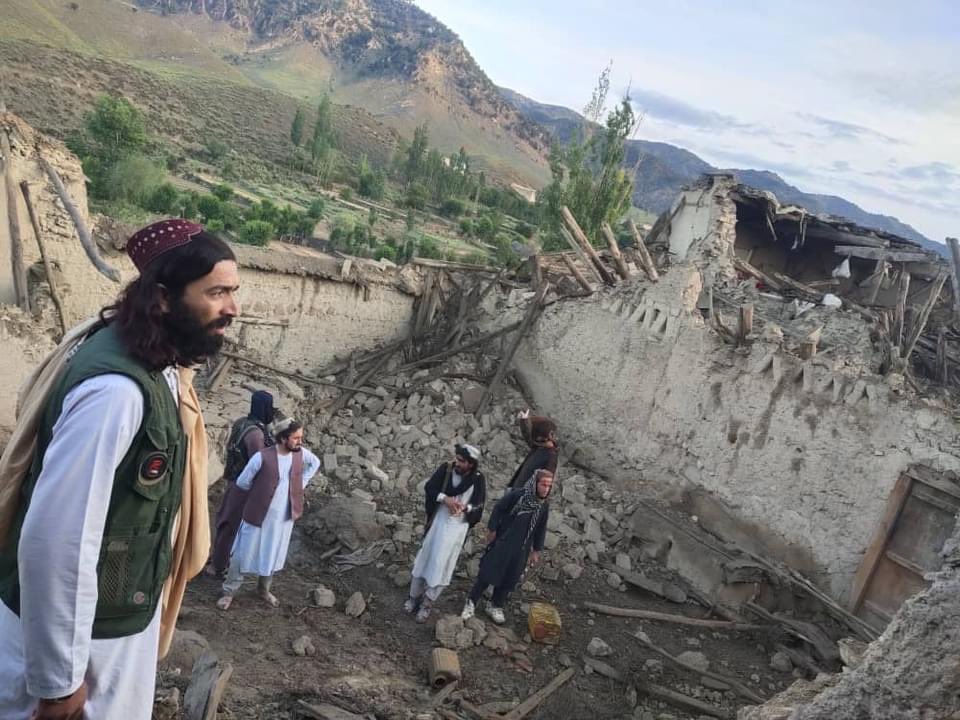 A powerful earthquake of magnitude 6.1 that rocked eastern Afghanistan has killed at least 950 people.

Videos and pictures being shared on social media showed injured people on stretchers, rubble and destruction of homes in Paktika province.

The devastating earthquake has struck Afghanistan’s Paktika province, killing at least 950 people and injuring more than 600 more amidst rubble of destroyed buildings, according to local authorities.

The epicenter struck 44km from the southeastern city of Khost, with tremors from the 6.1 quake felt across 500km including the capital Kabul, as well as in India and Pakistan.

The majority of confirmed deaths were in the province of Paktika, said Mohammad Nassim Haqqani, the head of the Taliban administration’s disaster management authority.

Deaths were also reported in the eastern provinces of Nangarhar and Khost, he added, as authorities check for further casualties.

The quake struck in the early hours of Wednesday morning as aid helicopters rushed to the scene, and was likely to claim more lives officials have stated.

“We also call on the international community, charitable and humanitarian organizations to help the people of Afghanistan in connection with this tragedy and make every effort to help the mourners as much as possible,” the Taliban leader said in a statement, as published by the movement’s spokesman, Bilal Karimi, on Twitter.

Interior Ministry official Salahuddin Ayubi stated “the death toll is likely to rise as some of the villages are in remote areas in the mountains and it will take some time to collect details.”

He added that helicopters had been deployed in a rescue operation to reach people living further from the cities and bring them medical supplies.