Academic: Muslim Brotherhood Is the Only Path to Democracy in Arab World 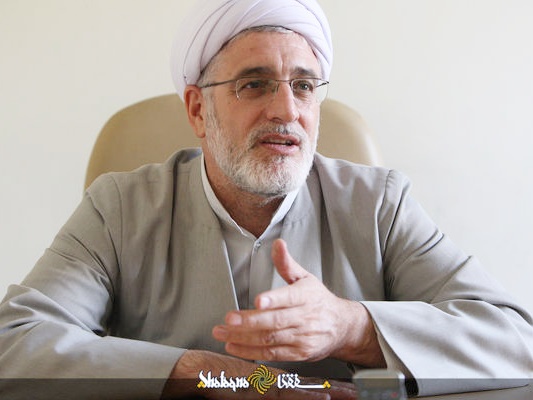 Davoud Feyrahi, a professor of political sciences at the University of Tehran, believes that Sunni Muslim countries cannot achieve democracy without the Muslim Brotherhood Movement.

The first part of his interview with Etemad about Ennahda, the Tunisian version of the Brotherhood, was earlier published in IFP . Here’s the second part, which talks about the importance of the movement in the Arab world.

“During the Ennahda Congress, it was declared that Tunisia is preferred to Ennahda. That means Tunisia’s interests have priority over the Party’s interests. Ennahda is a religious party, but at the same time has its roots in Tunisia. If there is a conflict between Tunisia’s interests and those of others, Ennahda would declare itself to stand for Tunisia. This idea has a tendency to independence and giving priority to the concept of nationality.”

“There is a very important question among Muslim movements, and that is the concept of the national state. It was very difficult for the Muslim Brotherhood to accept this concept. There might be problems with the issue even in Shiite communities, let alone Sunni ones, whose problems are much greater. That is because Sunnis had caliphates and did not experience a national government. Therefore, they were not familiar with the concept of nationality.”

“In Tunisia, Ghannouchi seeks to maintain religion and at the same time institutionalize a national state and nationalism. He is doing his best to open the way for this; despite all problems, he has chosen a correct path, while Turkey has problems with the same issue.”

“The Muslim world has no choice; it should either take the path of democratization seriously or else the crisis of radicalism will continue in the region. There is no other choice at the moment. Especially for the Sunni world, there are no further choices available. If it wants to move towards democratization, the Muslim Brotherhood, particularly its modernist faction, is the only force equipped to manage the democratization inside the Sunni Muslim community. There is no other way, because seculars are not that powerful in the Muslim world […]. Therefore, the only player that can carry out the ideology of democratization is the Muslim Brotherhood. No better choice is there, because there are a number of radical Salafists among Sunnis, and the others are Brotherhood members. If we look at the wiser factions of the Salafists, like the Salafis of Saudi Arabia’s Sahwa Movement or Safar Al-Hawali, we see they are approaching the Muslim Brotherhood under the new circumstances.”

“If we could witness an opening up of Egypt’s political atmosphere, the political game there would fall on the shoulders of young secularists and the Muslim Brotherhood. Democratic rhetoric should either be based on religious or radical values; the religious version belongs to Muslim Brotherhood. Therefore, it might receive 50% of votes in one election, and it might lose its popularity in the next. This is not important, however. The important point is that the Muslim Brotherhood is a prerequisite for moving towards democracy in Arab countries.”

“In the Sunni Muslim world, there is no group [other than Muslim Brotherhood] that can create democratic rhetoric and justify it using religion. We are now facing a necessity and scarcity here.”

“In Saudi Arabia, the Muslim Brotherhood has long been suppressed. They tried to create the Sahwa Movement from Saudi Arabia’s Salafism. […] Saudi Arabia wanted to develop a relatively more rational movement inside Wahhabism, but it was not skilled in doing so, and this will soon move towards democracy as well.”

“In Yemen, however, al-Islah [Reform] Party is a very powerful movement. If some room is provided for democracy in Yemen, al-Islah can become a great political player in the country, and even outperform the Houthis.”

“However, this has not been the case in other countries. For example in Jordan, if enough space is provided, Amal Party is in a powerful position and has the potential to guide democracy. If you look at Muslim countries such as Algeria, Morocco, Egypt, Yemen, Tunisia, Turkey, and Jordan, you will see that the Muslim Brotherhood is very strong, and is the only potential, and even actual, engine for guiding democratization.”

“There are three conditions for democracy, and if all of them are provided in one place, the process can be successful. First, there should be democratic thought; second, democratic institutions, and finally, bearers of democracy. Inside the Sunni Muslim community, the Muslim Brotherhood is the only place where one can find democratic thought. They can be the carriers of democracy, but they have institutional problems, because the government does not allow their presence in the political arena. However, if such space is provided, the Muslim Brotherhood is the quickest movement to adapt itself to democracy. Otherwise, it has no replacement.”