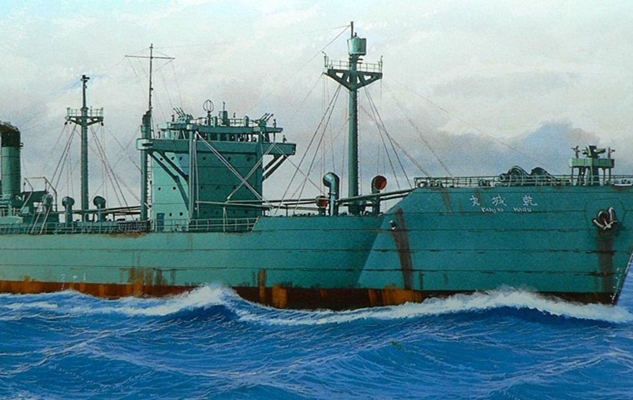 The visit of Japanese Prime Minister Shinzo Abe to Tehran amid the current heightened tensions in Iran-US relations serves as a reminder of a historic move by Japan’s government in the years after the World War II to circumvent the brutal sanctions imposed by the Great Britain on Iran’s national oil industry, an op-ed by Iranian newspaper Shargh said.

The op-ed by Ne’mat Ahmadi, a lawyer in Tehran, has referred to the ongoing visit of Abe to Tehran to discuss the US sanctions on Iran and the possible waivers that the country may receive from the US to purchase Iran’s oil, and argued that Abe’s visit reminds Iranians of a historic move by Tokyo in 1950s to sign a contract with the national government of Iranian Prime Minister Mohammad Mosaddegh to purchase Iran’s oil despite the brutal sanctions put by the Britain.

“In those days, Iran was going through harsh days similar to these days. Britain as the world’s then superpower had sanctioned Iran’s oil industry, putting Iran in a deep trouble to first find customers for its oil and then assigning a maritime transportation firm to transport its oil in the global market,” the op-ed noted.

Like what we see from the US today, the UK at that time had sustained back to back defeats from Iran in various economic, political and legal areas, and thus began to adopt harsh measures against Iran including the imposition of economic sanctions on Iran’s oil industry to hamper the efficiency of the national government of Mosaddegh.

The outrage of the UK with Iran reached its climax in 1951 after members of the Iranian parliament voted to nationalize the oil industry in the country, putting an end to Britain’s 40-year monopoly over the oil in the country. In reaction, the UK government adopted its anti-Iran measures and dispatched its vessels to the Persian Gulf. It also withdrew its nationals from Iran and put its forces stationed in Iran on high alert.

“It seemed Britain was preparing for a military attack on Iran. It planned to occupy oil-rich areas in southern Iran. The US government protested the plan. The second phase of Britain’s anti-Iran measure was waging a psychological war against Iran paving the way for the 1953 coup in the country which led to the overthrow of Mosaddegh government,” the op-ed said.

According to Ahmadi, the most significant anti-Iran measure adopted by the United Kingdom was imposing economic sanctions on Tehran to exert more pressure on the country’s national government.

“To this end, Iran’s properties in London were confiscated and no oil equipment was sold to the country. The UK sanctions had the support of UK’s allies including the US. Meanwhile, to make up for the shortage, the US rushed to expand Saudi Arabia’s oil exports so much so that the Saudi exports were increased by 60 percent. On the other hand, Kuwait and Venezuela raised their exports by 94 and 15 percent respectively.”

As the last blow on Iran, the UK government announced that since Iran owes a huge amount of money to London, any purchase of Iran’s oil amounts to purchase of a stolen good. So, all oil tankers were warned against transporting Iran’s oil into the global market. But Italy and Japan were respectively the first and second ones to purchase Iran’s oil amid international sanctions.

“And now the visit of Japan’s prime minister reminds us of those historic days. During those days, Japan rising from the rubbles of the World War II was in an urgent need of oil. So, the Japanese made a contract with Iran to purchase oil. The contract was made after Italy’s victory to bypass the UK’s sanctions on Iran. The conservative Japanese government sent its oil tankers to purchase Iran’s oil despite the presence of the UK’s military vessels in the Persian Gulf. Iran gave a 50 percent discount to any side daring to bypass the brutal sanctions of the UK.”

According to Ahmadi, the UK sanctions seemed harsher compared with today’s US sanctions on Iran’s oil industry. “If the 1953 coup hadn’t taken place, Japan and Italy as two major losers of the World War II could serve as reliable markets for Iran’s oil and they were ready to play the role due to their animosity with the US and its allies.”

The Iranian lawyer finally concluded that the visit of Abe should be viewed as the repetition of the historical event. Today, Iran can use the visit as a winning card in its dealing with the US and find a way to break the brutal sanctions imposed on the country.