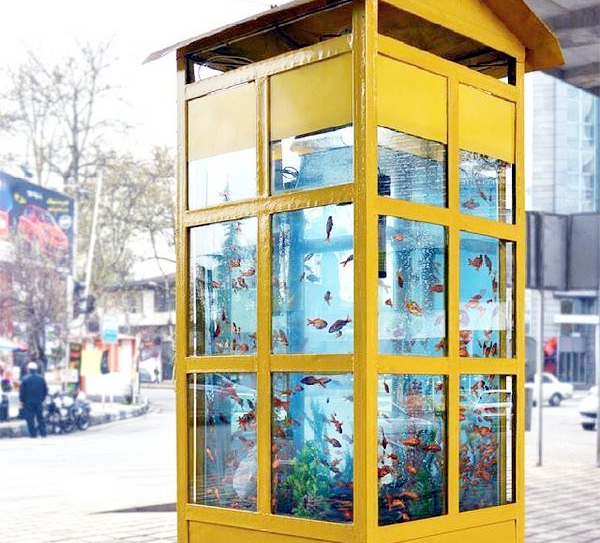 The municipality of Iran’s northern city of Rasht, in a creative move, turned one of the city’s old public telephone booths into an aquarium that has grabbed the attention of foreign media outlets.

According to a report by Young Journalists Club (YJC), as translated by IFP, the municipality of Rasht has built a big aquarium out of an old booth to embellish Golsar Street in the city. The move has appealed the attention of foreign media outlets.

These yellow-coloured public telephone booths are gradually being forgotten, and such moves can bring them into attention once again.

Rasht is the capital city of Gilan Province located in the north of Iran. It is the largest city on Iran’s Caspian Sea coast with a population of 639,951.