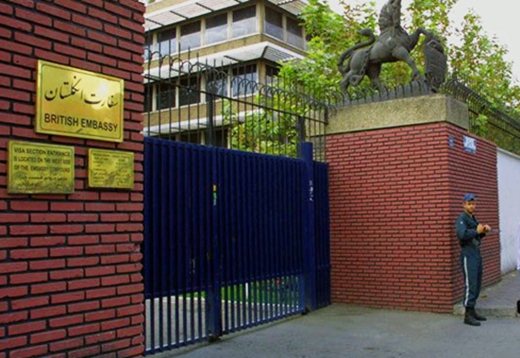 A former Iranian MP has said we need to wait for objective progress in London’s behavior, arguing there are still misgivings in Iran about Britain’s change of policy and its future approaches.

A former Iranian MP has said that the reopening of the British embassy in Tehran shows London has woken up to realities, but to see a real change of heart, Iran needs to wait for future approaches of London.

Iran newspaper on August 23 published an opinion piece by Heshmatollah Falahatpisheh, a former MP, on the closure of the British embassy in Tehran. The following is the translation of the piece:

In 2010, when a number of MPs introduced a motion in the Islamic Consultative Assembly to oblige the government to shut down the British embassy, I talked against it. The motion failed to clear parliament thanks to the opposition of a number of deputies.

Back then, opponents of the motion argued that a move such as closing the embassy is like playing in a court designed by the Brits. If Iran had opted for such a move, according to the European Union’s laws, all European countries had to follow suit and close down their embassies in Tehran.

Iran had no issues with many of these [European] countries, but Britain was seeking to make fellow European countries follow its lead in dealing with Iran. This motion [closure of the British embassy] was shelved, and after a while the Islamic Consultative Assembly approved a bill on downgrading ties with Britain. The bill was never put into effect because of what unfolded [in the country] and later the British embassy was shuttered in Tehran in the wake of protests by Iranian university students.

Now the two countries have once again resumed efforts to improve their ties and open their diplomatic missions. The reopening of the British embassy does not require parliamentary legislation, because under a parliamentary act, ties between the two countries had to be downgraded to charge d’ affaires level, something which – as the Foreign Ministry officials have put it – is now being materialized.

Furthermore, the new development in Iran-Britain ties – reopening of embassies is one clear manifestation of it – has taken place mainly because of the acceptance by the Britons of the existing realities, and not a change of heart in London. To see a change in London’s behavior, we need to wait for objective progress, especially because there are still misgivings and concerns about Britain’s change of policy and its approaches in the future. Perhaps, they [the Britons] can in practice develop a better understanding of the ground realities and change course in dealing with Iran.

Misgivings and concerns about the performance of Britain have their roots in historic realities. In the course of history, anytime the Iranian nation needed or tried to create positive changes, Britain failed to play a positive role; rather, it assumed a negative role and practically caused long hiatuses in Iran’s positive developments.

For instance, Britain contributed effectively to the August 18 [1953] coup [during which the legitimate government of Prime Minister Dr. Mossadegh was overthrown]. After [the victory of] the Islamic Revolution, this country topped the list of 26 countries which supported Iraq in the 1980s imposed war. So what it did helped opportunities for improvement of bilateral ties slip away.