A message from Darul Quran to Al-Azhar 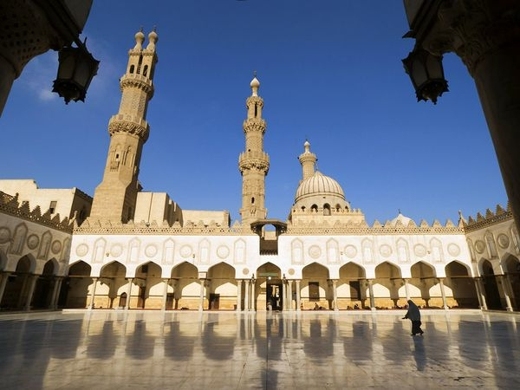 In a letter to Egyptian religious figures, a Koranic center in Iran has said that the Koran is the divine reference for all Muslims, advising Islamic nations against making a strategic mistake in telling friends from foes.

Two Egyptians have been banned from reciting the holy Koran for their trips to Iran. In reaction, the Islamic Republic of Iran’s Darul Quran institute has sent a message to the Egyptian Ministry of Religious Endowment (Awqaf) and Al-Azhar University.

Entekhab.ir on December 15 released the message on the two banned Egyptian Qaris [a person who recites the Koran with the proper rules of recitation (Tajwid)]. The following is the translation of the message: 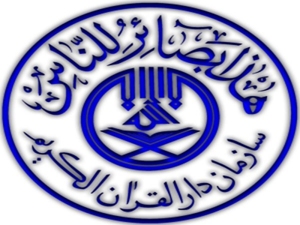 When we heard reports that a recitation ban has been placed on two Egyptian Qaris for their trips to Iran, we found it regretful that you act against what you have repeatedly listened to in the cradle of Koranic recitation: “Muhammad is the Messenger of Allah; and those with him are forceful against the disbelievers, merciful among themselves.” [Al-Fath (The Victory), 29]

Now that you have placed a ban on the Egyptian reciters for their Iran visit, can you please provide answers to the following questions?

Don’t we all make up the Ummah of the Prophet of Affection and isn’t the holy Koran our divine book? Or under the influence of Wahhabist efforts to promote this deviant sect, you believe that our Koran is different from yours?

If the answer is yes, those two Qaris – who have been the target of your anger – should be asked whether the Koran they recited in Islamic Iran was different from the version they read in your country.

If not, what wrong have we done that you treat us unfairly and as your enemies? What a pity! We wish you had treated the real enemies of the holy Koran and the world of Islam that way.

The day the great Egyptian nation was liberated from the hegemony of an unjust ruler and overwhelmed by the joy of its victory thanks to the Islamic Awakening, your Iranian brothers – unlike the US, Israel and those who lend financial and military support to seditionist ISIS and Al-Qaeda rebels – expressed their support for your revolution.

Isn’t the behavior of the enemies of the Egyptian Islamic Awakening who spared no plot [against the revolution] an example of what the holy Koran says, “If good touches you, it distresses them; but if harm strikes you, they rejoice at it” [Ali Imran (Family of Imran), 120]? Doesn’t it mean that you have made a mistake in identifying your real enemy?

Now that a corrupt, pillaging, stone-hearted and ruthless group sheds the blood of innocent people in Islamic lands and other countries in the name of the Islamic State and paints a hateful and disgusting picture of Islam which is a religion of affection, isn’t it time [for you] to stop opposing us and putting the wind in the enemy’s sail by creating divisions [among people]?

Isn’t it time to help your frontline brethren – even kind words would be enough – in the fight against these savage beasts [ISIS terrorists] that are trained by US and Israeli intelligence services, and dissuade them from creating rifts in the world of Islam?

If you set aside the destructive prejudices and choose the second option [helping your brothers in the fight against terrorists], haven’t you actually complied with divine orders such as, “Those with him are forceful against the disbelievers and merciful among themselves” and “And hold firmly to the rope of Allah all together and do not become divided” [Ali Imran (Family of Imran), 103]?

For years, the great clerics in Al-Azhar and Qom Seminary School have tried to bring the viewpoints [of Muslims in Egypt and Iran] closer together and highlight their common ground in order to frustrate the efforts of those who seek to benefit from a chasm in the Islamic world.

How do you think viewing the recitation of the holy Koran by Egyptian reciters in Iran as a crime will serve those efforts? Will such a move benefit or harm those efforts?

Dear brothers! Iranians who are the followers of the Prophet’s Household treat you the way they treat their Palestinian brothers and treat you as their own flesh and blood.

As the great leader of the Islamic Revolution – the late Imam Khomeini who was rightfully a harbinger of Muslim unity in the contemporary world – has put it, “We take proud, and the dear Iranian nation which is fully committed to Islam and the holy Koran takes pride in following a faith that seeks to save the Koranic truths – which mainly focus on unity among Muslims and the entire humanity – from the tombs and cemeteries, and cast them as the biggest savior of humans. This prescription rescues humans from all that restricts their physical, mental and emotional activities, and takes them toward annihilation, destruction, slavery and serving the despots.”

The Iranians have practically proven – as the great Iranian poet, Saadi, has put it – that “If one member is afflicted with pain; Other members uneasy will remain”.

You can clearly witness that today the Shiite Iranian people are uneasy about the painful sufferings of their Sunni brothers in Palestine, Syria, Yemen and other Islamic nations, and do not hesitate to offer their lives and money to defend the territory and honor of the Islamic Ummah.

The holy Koran, which is the common divine rope between you and us, says, “Indeed, the disbelievers are ever to you a clear enemy” [An-Nisa (The Women), 101].

Let’s think about it in order not to make a strategic mistake in telling friends from foes.