A look at the mission of the Spanish delegation visiting Iran 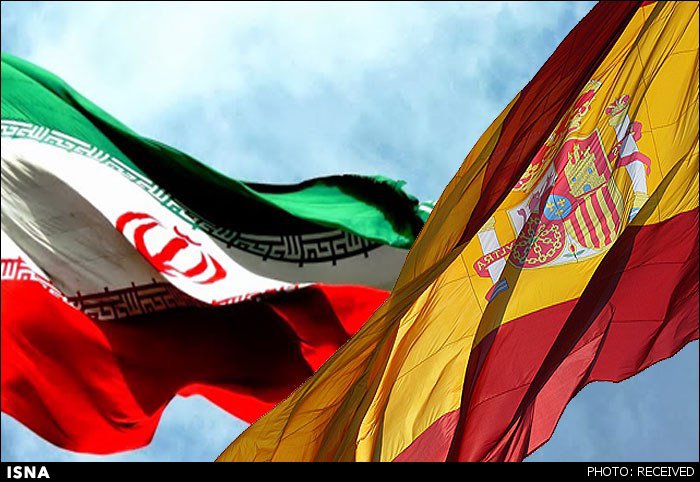 Iran’s ambassador to Spain has said that Tehran and Madrid can tap into their experiences to work on joint energy and non-energy projects.

Iran’s ambassador to Spain has said that three Spanish Cabinet ministers together with representatives of a number of big companies are part of a Spanish delegation currently visiting Tehran. The lineup of the delegation carries a strong message: the Spaniards are determined to work with Iran on diplomatic and economic fronts in the post-sanctions era.

Mohammad Hassan Fadaei-Fard made the remark in an interview with the Iranian Students’ News Agency (ISNA) on Sunday and said that the Spanish minister of foreign affairs and cooperation, minister of public works and transport and minister of industry, energy and tourism are part of the high-ranking delegation which is now in Iran.

He also said that the ministers will meet with Iranian officials for talks about cooperation on a Tehran-Karaj-Qazvin subway, rail connection between Tehran and towns in its suburbs, renovation of Iran’s rail fleet, and consultation over the nuclear issue, absorption of tourists and development of tourism as well as energy projects.

The following is the translation of the ambassador’s remarks in the interview:

The European Union has been Iran’s traditional partner on diplomatic and commercial fronts. Since 2003, the EU has been the core member of the marathon nuclear talks [between Iran and P5+1] first in the form of EU3 and then as EU3+3. Three key European countries were among the nuclear negotiators and certain European nations were among the main supporters of the negotiation process. Spain is one of the countries which has always backed the diplomatic settlement of the nuclear dispute and has openly announced its position [over the nuclear issue] at any level. Despite unjust sanctions [against Iran], Spain has maintained its ties with Iran as it has honored the obligations put in place by the EU. […]

The Spanish minister of foreign affairs and cooperation and his colleagues visited Tehran in March 2014. His current trip to Tehran will be his second over the past year and a half. The Spanish delegation has a distinct feature: three ministers and a large number of businesspeople are on board and this is unusual in Spain’s political traditions.

Three ministers are in the Spanish delegation. […] World-class companies which are active in areas as oil, gas and petrochemistry; railroads, airports, power plants, bullet trains, heavy industries, electronics, tourism, hotel building, and pharmaceutical industry are part of the Spanish delegation. This delegation will meet with Iranian officials such as the foreign minister. The Spanish ministers who are involved in economic affairs will hold talks with the Iranian ministers of industries, oil, roads and urban development and Tehran’s mayor. The Spanish team will also attend several economic conferences and meet with representatives of Iran’s companies and economic players. The composition of the delegation shows that the Spaniards have a strong message for Tehran and that they are determined to have diplomatic and economic cooperation with Iran in the post-sanctions era.

The minister in charge of tourism and the minister of public works and transport who is in charge of the tourism industry’s infrastructure are on the Spanish team too. Other members of the delegation are managers of companies which are internationally active in hotel building and tourism.

Spain, which is the world’s third tourism hub (after France and the US and before China) welcomed around 65 million foreign tourists in 2014 and earned more than €63b in revenues. Spain’s tourism potential, which is mainly based on its history, culture, ecotourism and folkloric traditions, can be of great significance for Iran which shares similarities with the European country.

According to the World Tourism Organization, Iran ranks 10th in tourism attraction and fifth in ecotourism, but it has yet to stand where it deserves. Currently, Iran has focused on two areas: raising the number of foreign arrivals and absorbing more foreign investment for developing its tourism industry. Given the good experiences of the Spanish companies, the two sides can have cooperation in this area.

We want to tap into the experiences of other countries such as Spain and earn revenues in areas other than tourism such as handicrafts and local products. Iran and Spain can work together in other areas such as energy. Iran welcomes the presence of Spanish companies thanks to the two sides’ relations in oil exports and investment in downstream and upstream industries. We can jointly work on the development of Iran’s railroads, industrial machinery, and infrastructural projects such as development of airports, ports, roads, car making, agriculture and renewable energies. We hope to see Spanish firms’ active presence in these areas in the short term. […]

The 600-year ties between Iran and Spain have always been based on their civilizational potential and the friendship of the two nations. Their political, economic, parliamentary and cultural ties have always been dynamic before they were hurt by unjust sanctions. Over the past few years, bilateral ties were nowhere near their heyday with the Spanish companies bearing the brunt [of sanctions]. The current trip of the Spanish delegation is important from political, economic, regional and international aspects. […]

To pick new partners for the post-sanctions era, Iran will take into account their cooperation in trying times as well as their technical capabilities and international background. Taking this into account, Spanish firms fare well. About 1,000 Spanish firms – big and small – have been active in Iran and some of them have suffered financial losses and legal limitations for circumventing the unjust sanctions against Iran.

The companies whose representatives are in Iran as part of the Spanish delegation have good experience of working in the Iranian market. Spain is one of a few countries in the world which possess the high-speed rail technology with trains moving back and forth at over 300k/h. Spain is now working on the Medina-Mecca rail link [Haramain High Speed Train]. It can renovate Iran’s rail link and double the speed of railway travel in Iran.

Spain can help Iran – among other things – with the supply of cars and wagons for the train and metro systems, and technical supervision of the rail lines. Iran can exploit the expertise of Spanish companies such as Renfe Operadora and ADIF to develop its subway system, especially the Tehran-Karaj-Qazvin subway. Another project is a rail link between the capital and nearby towns. The two countries can cooperate on rail-building plans. Iran needs about 500km rails each year and the two countries can have joint investment for it. Iran can also attract investment by reliable Spanish companies for its oil and gas sectors.

Spain, a gateway for gas exports to Southern Europe

The Iranian government is finalizing about 50 oil and gas projects worth of $200b. Spanish companies can partner with Iran in these projects either by supplying energy equipment or investing in exploration, development and production processes. […] Spain has been one of the key consumers of Iran’s oil. Iran is also seeking to export its gas to southern Europe via Spain. […] Iran and Spain can also cooperate in exploitation of solar energy. […]

The Iranian government is ready to issue permits for solar and wind power plants and will guarantee the purchase of electricity from those companies which invest in these power plants. The Spanish firms can make investment in the tourism sector and the development of its infrastructure, among them building hotels and residential-recreational centers.

The nuclear deal gives a chance to diplomacy to tap into multilateralism and settle international challenges. The comprehensive nuclear deal amounts to a yardstick to test the faithfulness [of other countries] and learn if international actors are reliable partners for interaction in other areas. If international players walk down the path of constructive interaction, the long-term interests of all parties on the political, security and trade fronts will be served.